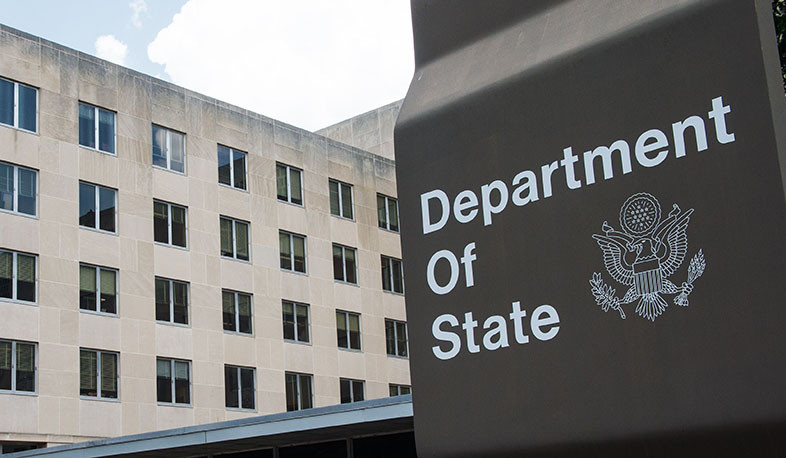 There can be no military solution to the conflict: US State Department on Azerbaijan’s aggression

US Department of State issued a statement on the latest aggression by Azerbaijan on Armenia-Azerbaijan state border and shelling of civilian infrastructure of Armenia’s bordering settlements. The statement reads:
“The United States is deeply concerned about reports of attacks along the Armenia-Azerbaijan border, including reported strikes against settlements and civilian infrastructure inside Armenia.  As we have long made clear, there can be no military solution to the conflict.  We urge an end to any military hostilities immediately”.
Author:Davit Muradyan
Views 79