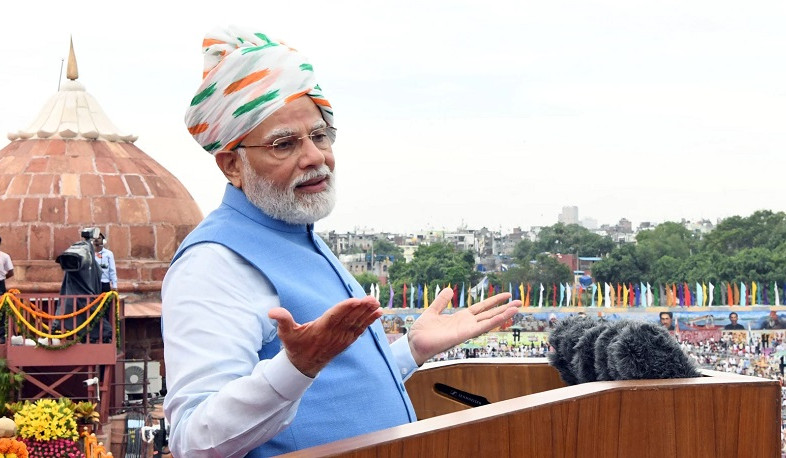 Reuters. Indian Prime Minister, Narendra Modi, on Monday (August 15) hailed diversity as India's invaluable strength as the country celebrated its 75th year of independence from British colonial rule.
Speaking from the 17th century Red Fort in Delhi, Modi said the country should celebrate its diversity and unity.
"The peaceful co-existence of innumerable traditions and creeds are our pride. For us, all are equal. No one is inferior or superior; all are our own. This feeling of oneness is important for unity," Modi said.
With about 1.4 billion people, India is expected to surpass China as the world's most populous country next year.
Author:Davit Muradyan
Views 5