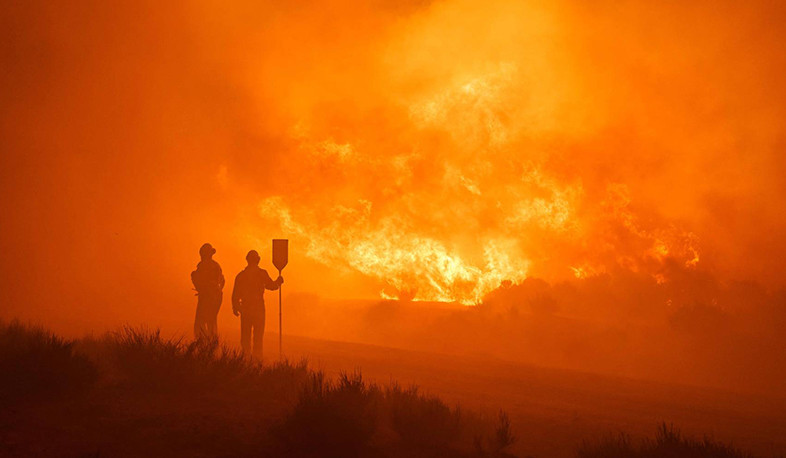 The fire that broke out last Friday (5 August) in Santa Cruz de Valle (province of Avila) and affects several municipalities in the valley of Tiétar, is still not under control, nor stabilized, and at level 2 risk.
The proximity of the flames to the houses forced this Sunday (7 August) the evacuation of the neighbors of the urbanization "El Picadero", about 6 kilometers from the town of Pedro Bernardo, a municipality historically affected by large fires.
The firefighting operation deployed in this valuable environmental corner, came to exceed 500 people and reached 33 aerial means, has acted during the night from Sunday to Monday (7-8 August) "applying technical fire" to prevent the flames from going "down to Pedro Bernardo".
The high temperatures, with a forecast of between 37 and 38 degrees maximum, and the possibility of blowing wind make it necessary for the operation to remain active and on alert to prevent possible reproductions. In this sense, the fire is not expected to be controlled within a week.
Author:Davit Muradyan
Views 16