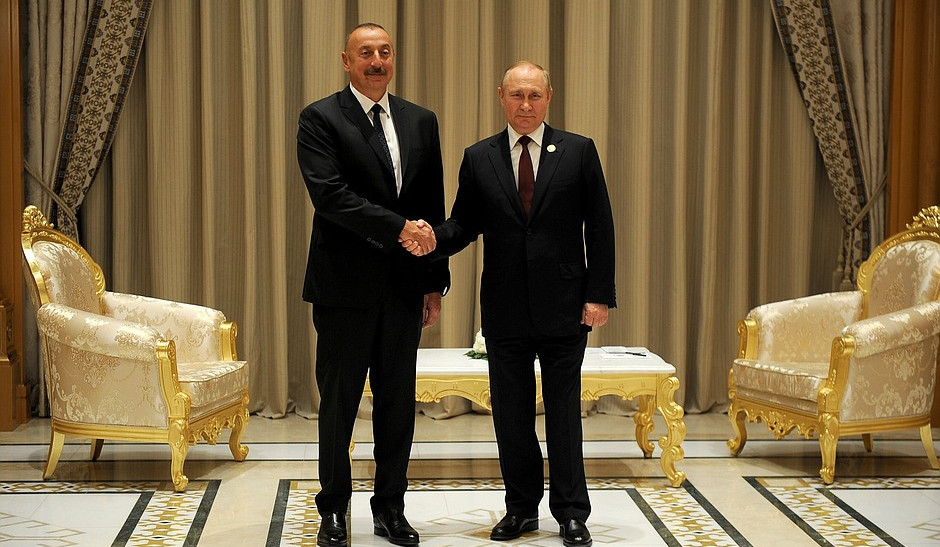 Putin and Aliyev touch upon regional security issues and cooperation

Within the framework of the Sixth Caspian Summit, Russian President Vladimir Putin met with Ilham Aliyev.

Prior to the meeting, Putin mentioned that he would also discuss regional security issues with the President of Azerbaijan, in particular, the settlement of the Nagorno-Karabakh conflict.
According to the Russian President, various proposals on regional cooperation were discussed during the informal dinner.
Views 391