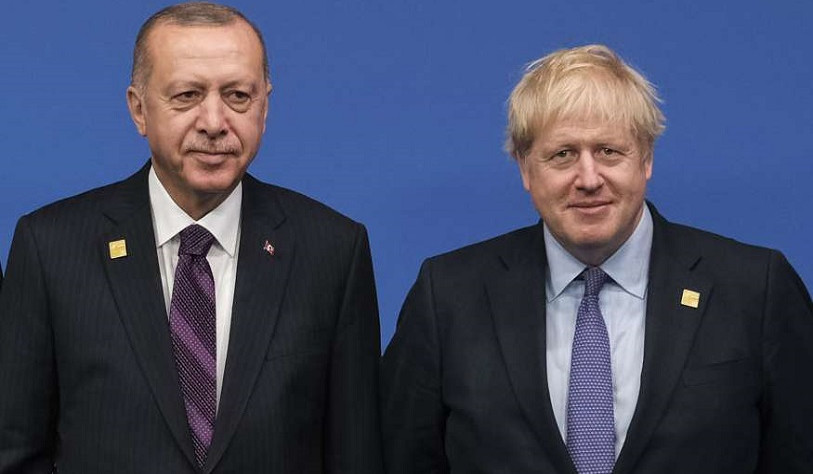 Erdoğan and Johnson had telephone conversation

Turkish President Erdoğan and British Prime Minister Boris Johnson talk Finland and Sweden's NATO bids over phone on May 20, Turkish media reports.
The call addressed the Turkey-U.K. relations, Sweden’s and Finland’s NATO membership applications, and regional developments including the Ukraine-Russia war, according to a statement by the Turkish Directorate of Communications.
Erdoğan stated that the main problem was caused by Sweden’s and Finland’s ties with individuals and so-called organizations controlled by the PKK/YPG terrorist organization.
Erdoğan noted that Turkey wanted to be sure that Finland and Sweden would adhere to NATO’s values and would “properly observe Turkey’s legitimate concerns.”
Erdoğan also stressed that the Turkish public opinion’s rightful objection to the NATO membership of countries supporting terrorism should not be overlooked.
The parties also agreed to cooperate in unblocking grain supply routes from Ukraine.
Views 10