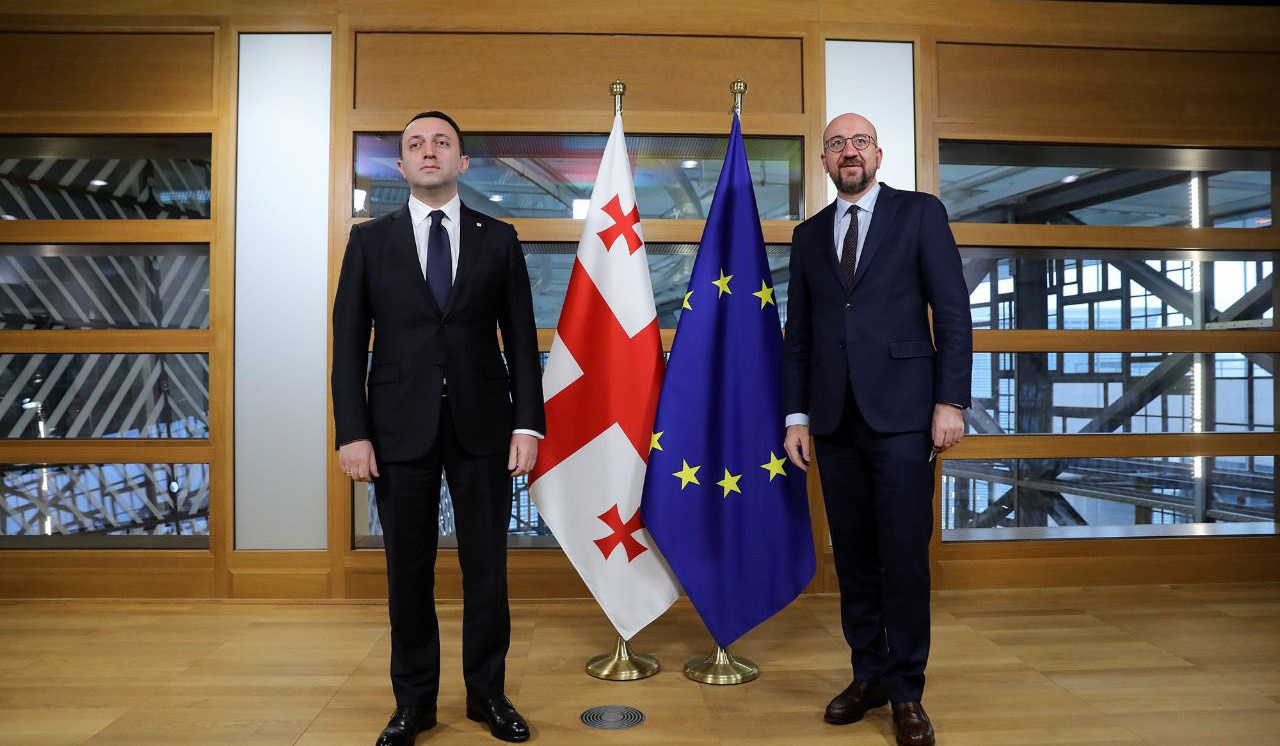 Georgia's application for European Union membership, as well as the progress made by the country in implementing the 2014 EU-Georgia Association Agreement and related democratic reforms were discussed on Tuesday in a meeting between the Georgian Prime Minister Irakli Garibashvili and the President of the European Council Charles Michel, agenda.ge reports.

The meeting focused on the process of reviewing the country’s membership application - including the European Commission questionnaire, both parts of which were completed by Georgia ahead of schedule - as well as the progress made in implementing the Association Agreement and relevant democratic reforms, the Government Administration said.

Garibashvili highlighted the “historic choice” of Georgia to “return to the European family,” and stressed the importance of the opinion of the European Commission on granting a candidate status to Georgia, along with a relevant decision by the European Council.

Garibashvili and Michel also discussed the security situation in the Black Sea region as a result of Russia’s military aggression in Ukraine, including the situation in the Russian-occupied territories of Georgia. The PM reiterated the solidarity and “unwavering support” of the Georgian Government and citizens of the country with Ukraine.

Garibashvili also noted putting an end to the war in Ukraine was of “great importance,” adding the consequences of the war would determine the future both for Georgia and the world.

The head of the Georgian Government also thanked Michel for his “personal efforts” in supporting Georgia on its path to European integration.