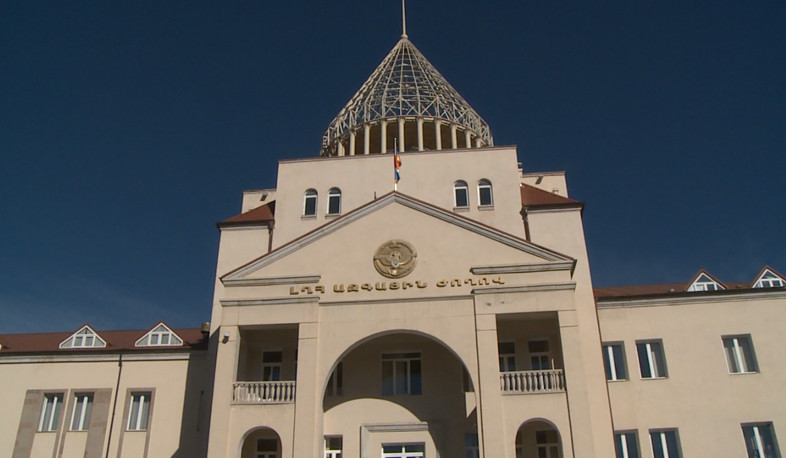 Key to existence of Armenian statehood and security of Armenian people is in Artsakh: statement of Artsakh National Assembly

The National Assembly of the Artsakh Republic at today's special session issued a statement, which we present in full.

“The Republic of Artsakh National Assembly, as the highest representative body of the people of Artsakh (Nagorno-Karabakh) with a primary mandate, calls for nationwide unity on issues related to the fate of Artsakh, expressing the opinion and position of a wide range of socio-political circles.

We are convinced that with the full support of the Armenian communities of the Diaspora, the republics of Armenia and Artsakh can resist the regional challenges in defending our national interests.

In this difficult period of geopolitical realities, trying to thwart the Russian peacekeeping mission, Azerbaijan continues regular shelling of Armenian settlements, blows up the gas pipeline, trying to intimidate the native civilians and makes constant attempts to occupy new territories.

By the declaration of September 2, 1991, and then through a nationwide referendum, the people of Artsakh formed the Republic of Nagorno-Karabakh (Artsakh) in accordance with all international norms. For 30 years we have experienced victories and defeats. As a result of the 44-day war imposed on us on September 27, 2020, we have suffered human and territorial losses. But nothing and no one can deprive us of the right to self-determination. Bowing to the memory of all the victims of our struggle for survival, we declare our readiness to be consistent in the processes of international recognition of the Republic of Artsakh and the restoration of its territorial integrity.

After the 44-day war in 2020 our security situation has completely changed. The fragile peace established in the region is being maintained by the efforts of the Artsakh Defense Army and the Russian peacekeeping forces. The past year and a half have shown that our enemies are still continuing their plan to evict Armenians from Artsakh.

In the current situation, only the reaffirmation of obligations of the Republic of Armenia to ensure the security of Artsakh, as well as the creation of an atmosphere of pan-Armenian unity, can provide sufficient conditions for ensuring the future of the Armenian people in the Motherland.