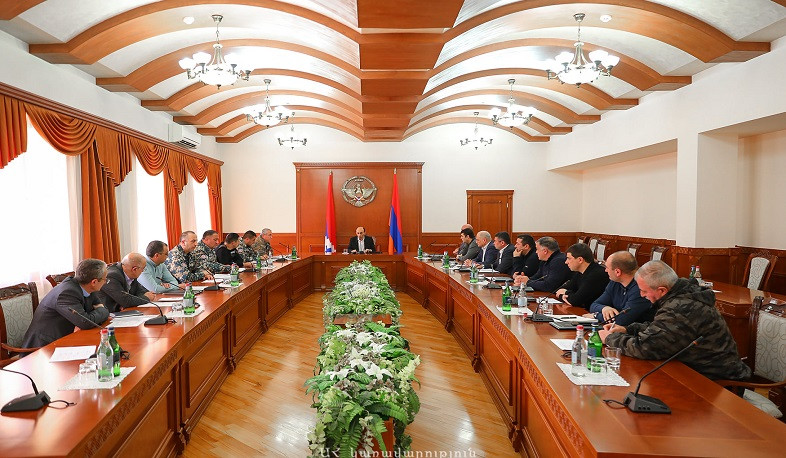 On March 29, the State Minister of the Artsakh Republic (Nagorno-Karabakh), Head of Civil Defense Artak Beglaryan convened a consultation with the heads of all civil defense services.

The State Minister, first of all, referring to the recent incursion of Parukh village by the Azerbaijani Armed Forces and provocations in the direction of nearby settlements, assessed the civil defense measures taken on the spot as satisfactory.

Artak Beglaryan noted that after the evacuation of the population of Parukh and Khramort, he instructed the Ministry of Social Development and Migration to assess the needs of the evacuated families and provide the necessary assistance.

Reference was also made to the work of various state bodies these days to resolve the issues arising from the situation.

The State Minister noted that as a result of additional discussions and elaborations in recent months in terms of civil defense, a number of directions have been outlined, and most of the work is already being successfully implemented.

The heads of the relevant services made reports.

The short-term and long-term tasks envisaged by the civil defense plan were discussed.

Artak Beglaryan gave a number of instructions for solving urgent problems arising from the situation, as well as for more long-term and systematic work.