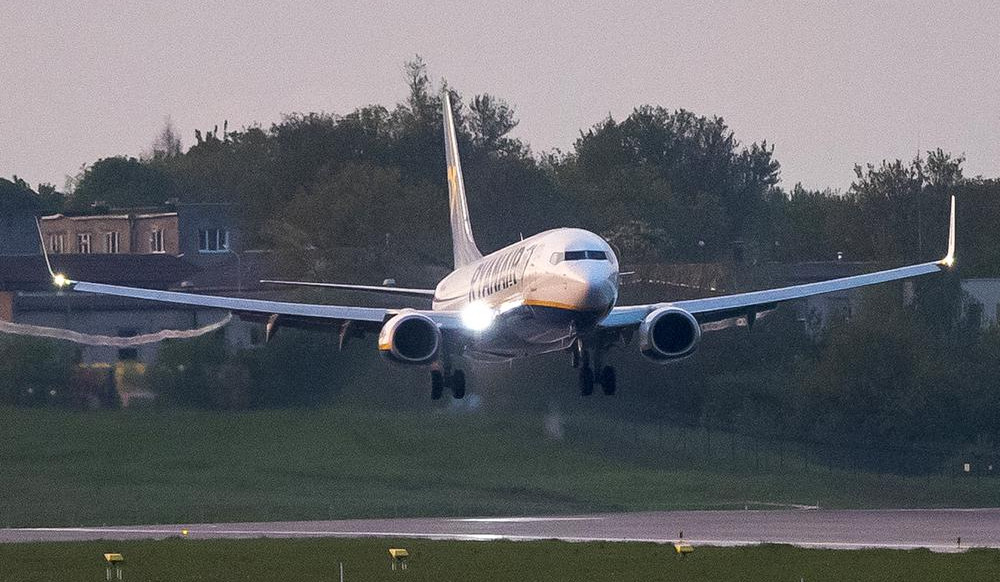 US charges Belarus with air piracy in reporter’s arrest

U.S. prosecutors charged four Belarusian government officials on Thursday with aircraft piracy for diverting a Ryanair flight last year to arrest an opposition journalist, using a ruse that there was a bomb threat.

The charges, announced by federal prosecutors in New York, recounted how a regularly-scheduled passenger plane traveling between Athens, Greece, and Vilnius, Lithuania, on May 23 was diverted to Minsk, Belarus by air traffic control authorities there.

“Since the dawn of powered flight, countries around the world have cooperated to keep passenger airplanes safe. The defendants shattered those standards by diverting an airplane to further the improper purpose of repressing dissent and free speech,” U.S. Attorney Damian Williams said in a news release announcing the charges.

Ryanair said Belarusian flight controllers told the pilots there was a bomb threat against the jetliner and ordered it to land in Minsk. The Belarusian military scrambled a MiG-29 fighter jet in an apparent attempt to encourage the crew to comply with the flight controllers’ orders.

The journalist and activist who was arrested, Raman Pratasevich, ran a popular messaging app that helped organize mass demonstrations against Belarusian President Alexander Lukashenko. The 26-year-old Pratasevich left Belarus in 2019 and faced charges there of inciting riots.