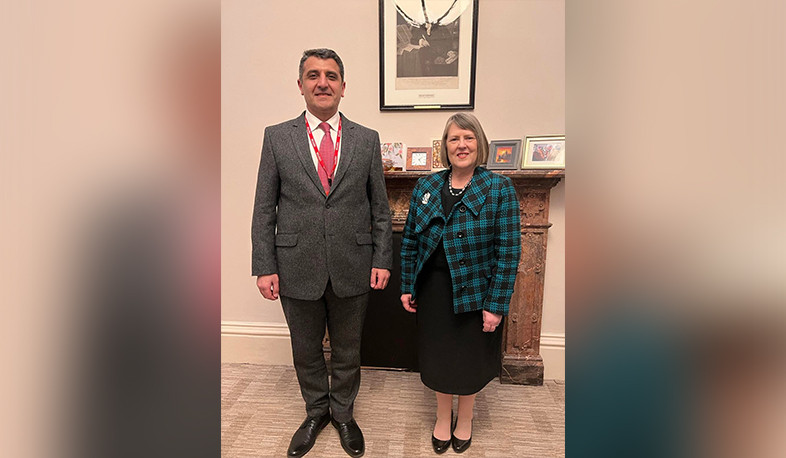 On January 20, the meeting of Ambassador Varuzhan Nersesyan and Fiona Bruce, the Special Envoy for Freedom of Religion and Belief of the Prime Minister of the United Kingdom took place.

The interlocutors considered their meeting significant as it was the day of the 30th anniversary of establishing diplomatic relations between Armenia and the UK.

During the meeting, the Ambassador presented the importance of Christianity to the Armenian nation, emphasizing that for centuries the belief and the Armenian church had unifying role in our history.

The Ambassador referred to the existent challenges and issues, which Armenia faces in our region.

The sides discussed issues related to human rights and humanitarian issues. The possibilities of the Armenia-UK partnership within the International Religious Freedom Alliance, the global summit of which is initiated for July of this year in London was discussed.