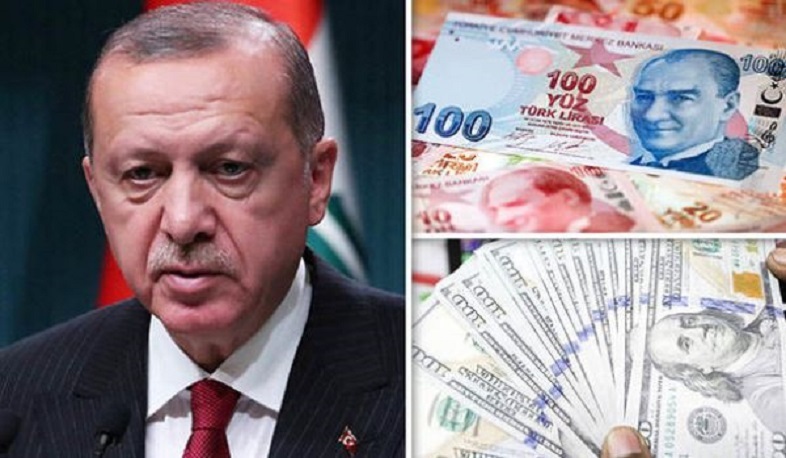 Turkish lira has set another record of devaluation after Erdogan's interview

President of Turkey Recep Tayyip Erdogan commented on the devaluation of the Turkish lira on television, after which the lira set a new record, Ermenihaber reports.

Commenting on the ongoing devaluation of the national currency on November 30, Erdogan noted that his Government has adopted a new model of economy, which reduces the refinancing rate, thereby supporting local producers and boosting exports.

The lira has depreciated by about 40 percent this year, and only by 20 percent since last week.

The latest continuous devaluation began when the Central Bank of Turkey cut interest rates from 16 percent to 15 percent on November 18, after which President Tayyip Erdogan repeatedly called for a further rate cut.

Former Turkish Prime Minister Ahmet Davutoglu, the founder of the opposition Future Party, wrote on social media asking President Erdogan not to talk about the exchange rate of the lira, as the Turkish currency has depreciated further since then.