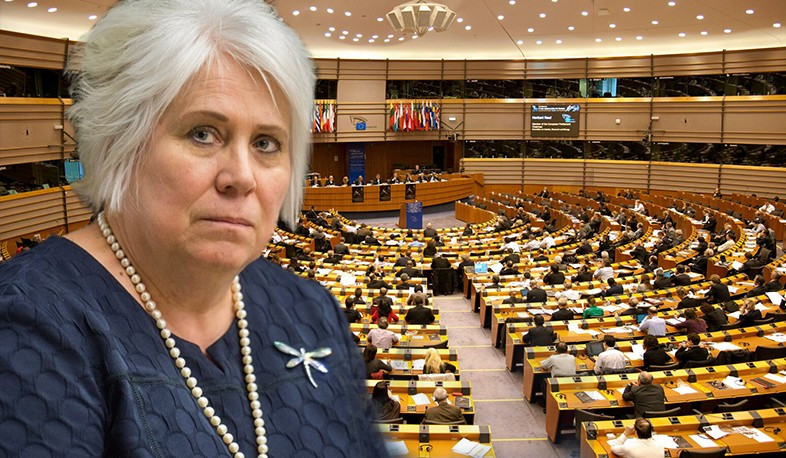 Trend that Azerbaijan refuses to put on agenda Nagorno-Karabakh is worrisome: Marina Kaljurand

Marina Kaljurand, Chair of Standing Delegation for Relations with the South Caucasus, at the session of the Foreign Affairs Committee of the European Parliament agreed that even a year after the ceasefire in Nagorno-Karabakh, “the situation is worrisome, troubling and tense.”

“That is why I am keeping a very close eye on the situation. We have tried to make our positions very clear with the statements. I have had bilateral meetings with Armenian Foreign Minister, with Azerbaijani Ambassador, Armenian Ambassador. My subjective feeling is that I do not see today much appetite for reconciliation. There are still lots of accusations, coming from each side. Unfortunately, rhetorics especially from the Azerbaijani side, has not changed. There are smaller things that are not small in this context like the ‘Victory memorial’ in Baku, which, definitely, does not help make the situation better,” Kaljurand says.

She says that because of the Covid-19, the normal working routine is disturbed but she hopes to visit Yerevan in February next year and “start meeting people face to face.”

“I see a new trend - Azerbaijan refuses to put on agenda the Nagorno-Karabakh. So the question they are trying to show now is the conflict between Armenia and Azerbaijan more widely. And if we look at the recent border incidents on internationally recognized borders of Armenia and Azerbaijan, that trend for me is also worrisome,” Kaljurand states.

She reminded that there are still captives, prisoners of war, and the recent clashes have even increased their number, with additional 30+ Armenians being arrested. Kaljurand highlights the importance of unblocking the communications, but the locations of the connections, she did not want to use the word ‘corridor’, create lots of tensions.

Kaljurand wishes the EU to be more involved in the issues settlement. She does not doubt about the commitment from the EU side, however, wants more practical actions. Kaljurand wonders what can be done more and better. She states that so far every positive step in the region has been mediated by Russia, mentioning the ceasefire, return of captives, the agreements, etc.

MEP Mick Wallace from Ireland was surprised why there was so much little mention of Turkey, a NATO partner of the EU.

“Surely Turkey is playing a very strong role here, and not necessarily a positive one. Is there a communication between EU and Turkey on the issue? And everyone is saying that Russia is the only broker at the table. We want peace in the region, we do not want them fight with each other. So can we talk about it to Russia, or we can’t?” Wallace asked.