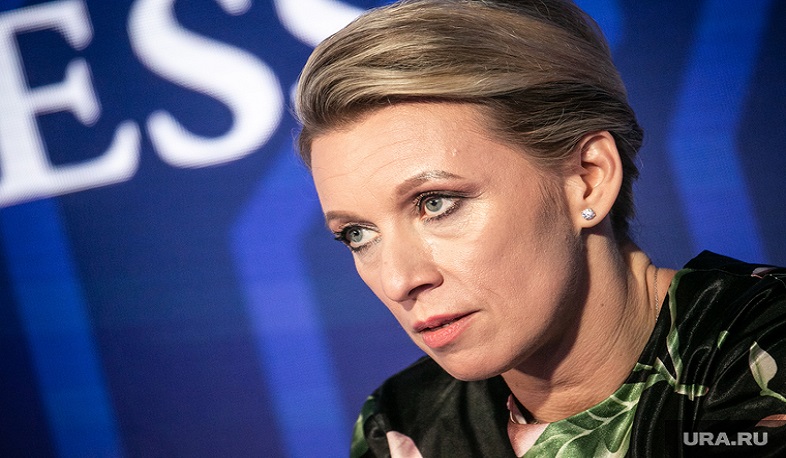 The Ukrainian authorities, for all intents and purposes, are reluctant to try to find a peaceful solution to the conflict in Donbass, Russian Foreign Ministry Spokeswoman Maria Zakharova said at a briefing on Wednesday, TASS reports.

“The Kiev regime’s determination to dismantle the Minsk process and its actual move to abandon efforts to peacefully resolve the conflict in Donbass cause serious concern,” she pointed out.

In Zakharova’s view, the situation in the Donbass conflict zone, where, according to her, about 125,000 Ukrainian troops are stationed, is a striking example of Kiev’s unwillingness to accept the Minsk Agreements. "According to the OSCE Special Monitoring Mission in Ukraine, ceasefire violations are no longer being recorded in some areas, but along the entire line of contact, and on some days over the past few weeks, their number has exceeded the highs that the organization recorded before the additional measures to ensure the ceasefire agreed on July 20, 2020, had taken effect," the Russian diplomat noted.

Zakharova also slammed NATO’s policy towards the Ukrainian crisis as "a cynical approach" because of its weapons deliveries to Kiev. "London announced plans to send 600 British troops [to Ukraine]. They think this is the right way to provide assistance to a country where a domestic conflict is far from being resolved. The West needs to understand that it is automatically becoming an accomplice to crimes against Ukrainian civilians," the Russian foreign ministry spokeswoman emphasized.