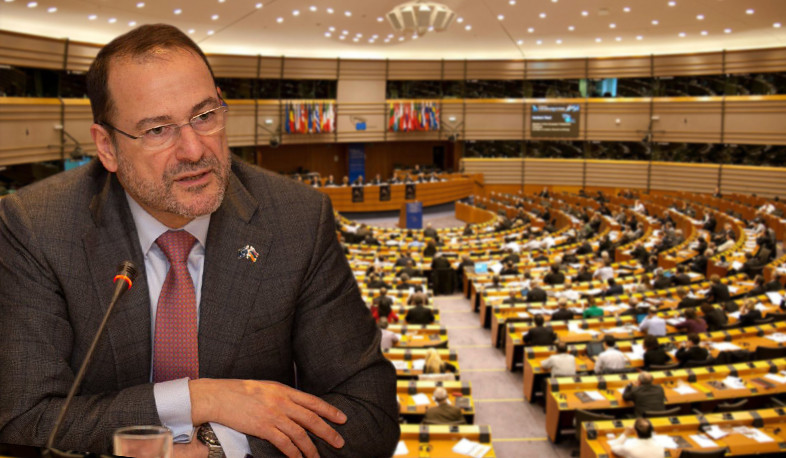 In November, there were clashes not in Karabakh, but on internationally recognized borders: OSCE Deputy Director

The Foreign Affairs Committee of the European Parliament holds exchange of views on ‘One year since the ceasefire between Azerbaijan and Armenia.’ The debate comes a year after the statement on ceasefire that put an end to the battles in Nagorno-Karabakh.

Luc Devigne, OSCE Deputy Director, Acting Managing Director, European External Action Service, reminded that Prime Minister of Armenia Nikol Pashinyan and President of Azerbaijan Ilham Aliyev are to meet in Brussels on December 15, within the framework of the Eastern Partnership summit by the initiative of President of the European Council Charles Michael.

He reminded, that the EU institutions reacted to the incident very fast, recalling that Charles Michel the day after had a telephone conversation with leaders of both Armenia and Azerbaijan, obviously asking for urgent de-escalation of the situation. Devigne says that even though the shooting stopped after November 17 but the situation remains tense.

“On November 26, invited by Russian President Putin, both leaders of Armenia and Azerbaijan met in Sochi. They issued a statement, agreeing on three things. First, to increase stability and security through the work of the bilateral commission on the delimitation of the state border with consultative assistance of Russia which was requested by the parties. Secondly, they announced but without giving much detail, saying that they made significant progress in so-called sensitive issues of humanitarian nature. I suspect that behind that lies the issue of prisoners of war, but we do not have details. Armenia still claims that they have a number of prisoners of war in Azerbaijan, which Azeris deny saying that they are terrorist which had violated the border of Azerbaijan. And thirdly, they discussed the economic issues, unblocking the transport corridors,” Devigne states.

He said that even though Azerbaijan says that the conflict is over the latest clashes demonstrate the opposite. And the only format of resolving the conflict around Nagorno-Karabakh is the OSCE Minsk process which is the only internationally accepted format.

Devigne informed that the foreign ministers of Armenia and Azerbaijan will meet tomorrow in Sweden within the framework of the OSCE Ministerial Conference.

“Our position is obviously to try to have a secure, stable and prosperous South Caucasus, which is also important for us since the three countries belong to the Eastern Partnership. There is a clear commitment and willingness from our side. However, we believe that without resolving the issues of detainees and demining, there will not be much peace,” Devigne concludes.