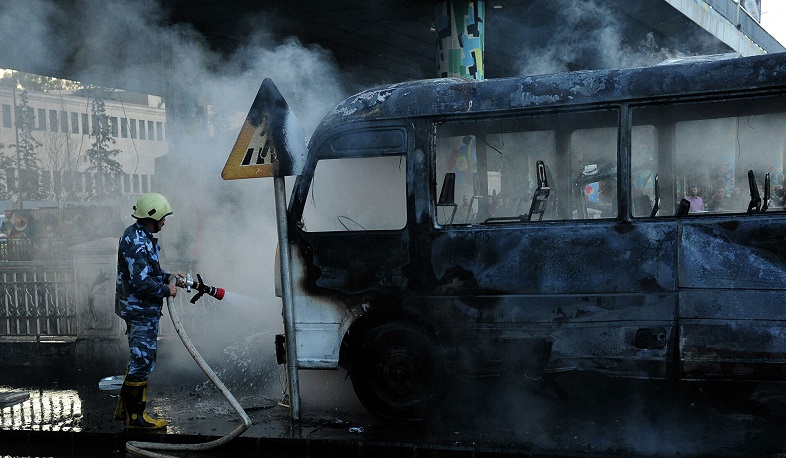 Two roadside bombs exploded near a bus carrying troops during the morning rush hour in the Syrian capital early Wednesday, killing 14 people and wounding others, according to state TV, Euronews reports.

The attack was the deadliest in Damascus in years, and a rare event since government forces captured suburbs formerly held by insurgents in Syria’s decade-long conflict.

Syrian state TV showed footage of the charred bus in central Damascus, saying the blasts occurred while people were heading to work and school. The report said a third bomb was discovered and dismantled in the same area.

No one claimed responsibility for the attack, which occurred at a main bus transfer point under a bridge, where vehicles converge and head out to different neighbourhoods of the capital.

President Bashar Assad's forces now control much of Syria after military help from his allies Russia and Iran helped tip the balance of power in his favour.