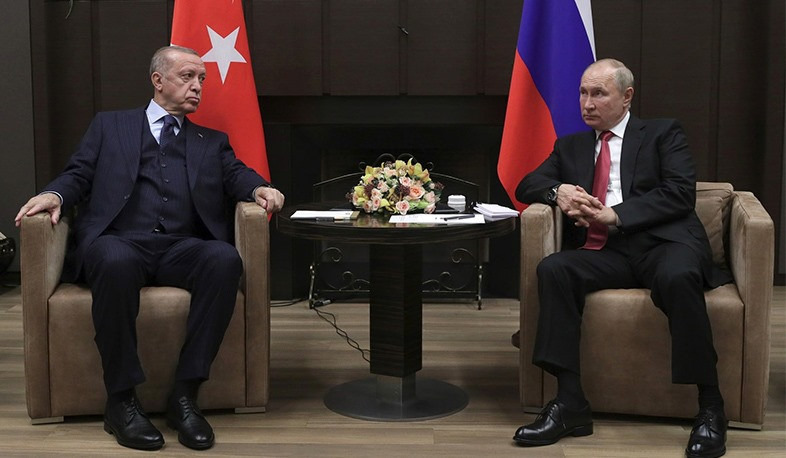 The presidents of Russia and Turkey, Vladimir Putin and Recep Tayyip Erdogan, have finished their talks in Sochi. The talks began at approximately 13:30 Moscow time and lasted about three hours, TASS reports.

"[The talks] have ended," Kremlin Spokesman Dmitry Peskov told TASS when asked whether the talks were still in progress.

The two leaders discussed the agenda in the economic sector and in international relations. In particular, Putin pointed to the successful cooperation of the two countries on the situation in Syria and Libya. He also focused on the work of the center to control the ceasefire in Nagorno-Karabakh. According to the Russian leader, this cooperation "is a strong guarantee" of stability in the region.

Also, energy was on the agenda. Putin thanked Erdogan for his stance on the construction of TurkStream, owing to which Ankara feels safe amid the difficulties on the European gas market. The Turkish leader, for his part, touched upon the issue of a joint project - the construction of the first Akkuyu nuclear power plant in the country, whose first power unit may be unveiled already next year.

This face-to-face meeting was the first for the two presidents in the past year-and-a-half. Their previous meeting was in March 2020, at the Kremlin, when Erdogan also paid a working visit to Russia. Due to the coronavirus pandemic, subsequent talks were held either over the phone or via a video link, in bilateral or multilateral formats.