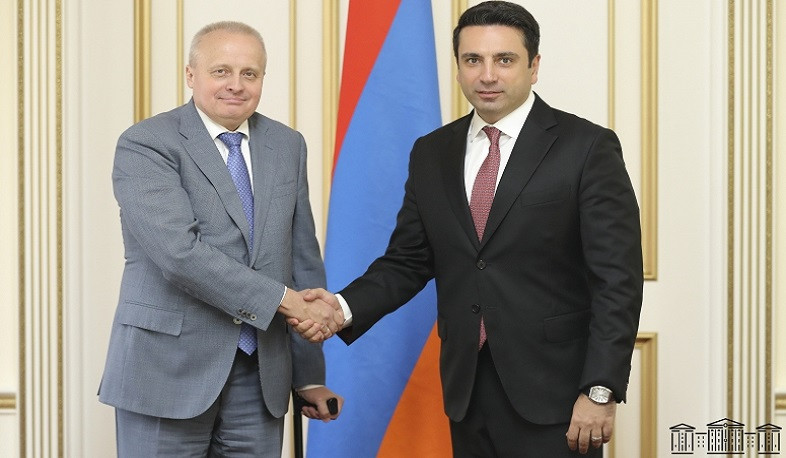 Alen Simonyan, The Vice President of the National Assembly of Armenia received Sergey Kopirkin, The Ambassador of Russia to Armenia.

Greeting the Ambassador, Alen Simonyan touched upon the recent fatal attack in the city of Perm, offering his condolences to the families of the victims and wishing a recovery to the injured.

Coming to the relations between the two countries, Alen Simonyan highlighted the constant development of the Armenian-Russian inter-parliamentary ties.

The Russian Ambassador in turn highly valued the bilateral partnering relations at regional and international levels. He called the productive operation of inter-parliamentary groups as a parliamentary achievement and emphasized the importance of constant development of multi-polar cooperation bridges.