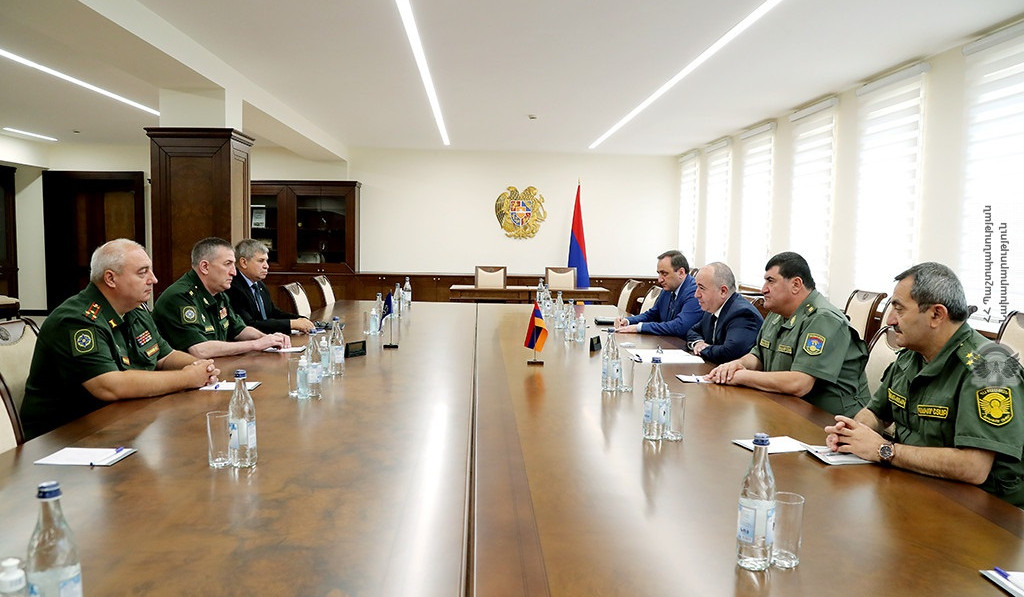 During the meeting, the RA Defense Minister presented the security environment around Armenia. The issues of planning the joint operative deployment of the CSTO Collective operative response forces was reported to Armenian Defense Minister by Lieutenant General Kaloev.

They exchanged views on decision-making within the CSTO and the improvement of mechanisms for the use of collective forces.

Within the framework of his visit to Armenia, the First Deputy Chief of the CSTO Joint Staff also got acquainted with the issues related to the combat readiness of the Armenian units included in the CSTO Collective operative response forces.