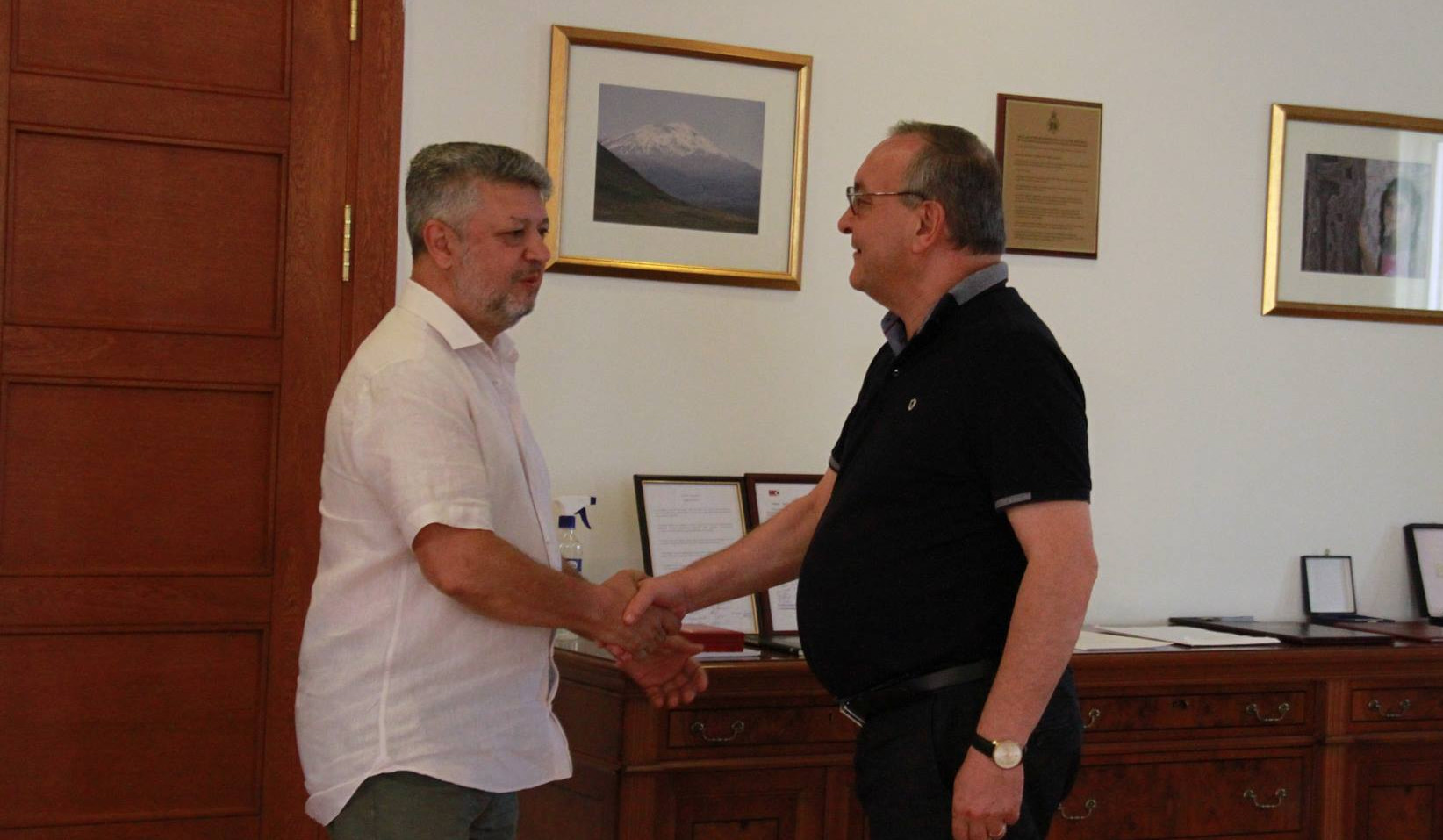 On August 3, Permanent Representative of Artsakh to Russia Albert Andryan, accompanied by Artsakh (Nagorno-Karabakh) President’s special envoy the Masis Mailyan, was hosted in the Artsakh Parliament.

Welcoming Albert Andryan, Arthur Tovmasyan praised the active ties with Russian politicians in the 90s of the 20th century and said that they could be restored and deepened.

The Speaker of the Parliament presented the activities of the political forces of Artsakh during the 44-day war in 2020, referred to the discussion and adoption of draft laws in the post-war period, the support programs being implemented.

Albert Andryan thanked for the reception and discussed what to do next. Chairman of the Parliament’s Standing Committee on Foreign Relations Vahram Balayan was present at the meeting.