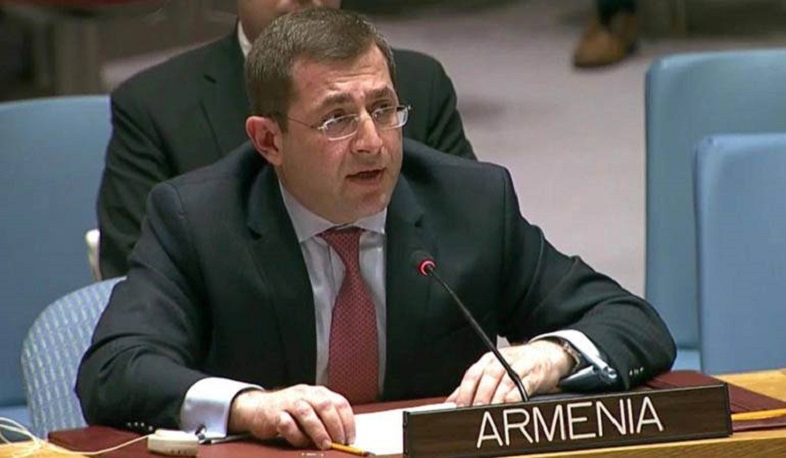 Mher Margaryan, Permanent Representative of the Republic of Armenia to the United Nations, sent a letter to Nicolas de Riviere, Chairman of the UN Security Council for the month of July, Permanent Representative of France to the UN, presenting Azerbaijan's ongoing encroachment on the sovereign territory of the Republic of Armenia.

The letter emphasizes that Azerbaijan's aggressive actions against Armenia are accompanied by territorial claims at the highest level, threat of hostilities, and hate speech on the grounds of nationality.

It was emphasized that Armenia is determined to use its legal right of self-defense to ensure its sovereignty and territorial integrity on the basis of Article 51 of the UN Charter.

Armenia believes that a comprehensive and lasting political settlement of the Nagorno-Karabakh conflict must be peaceful, under the auspices of the OSCE Minsk Group Co-Chairs.