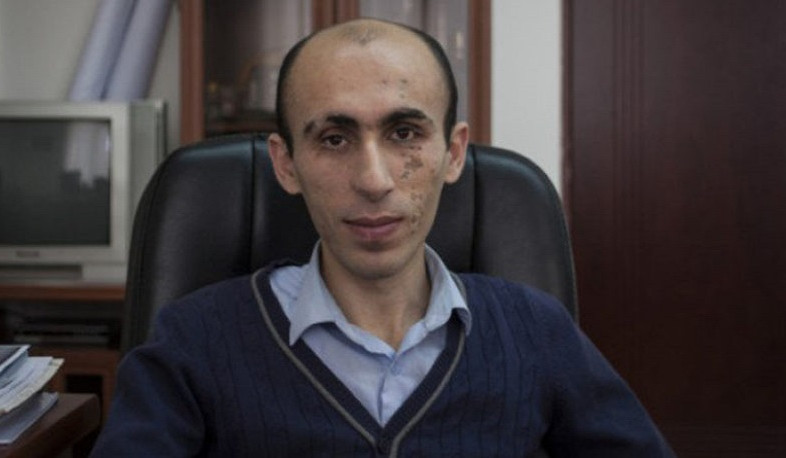 People and authorities of Artsakh will never accept any de facto or de jure status within Azerbaijan: State Minister of the Republic of Artsakh

State Minister of Artsakh (Nagorno-Karabakh) Artak Beglaryan responded to the statements of Azerbaijani President Ilham Aliyev on the status of Artsakh and the population.

The State Minister noted that Artsakh has been Armenian for millennia and will remain so forever, adding that with such statements the Azerbaijani President aims at once again misleading his society and the international audience.

“Aliyevs have come and passed through the chaos of centuries, but Armenian Artsakh has always stood firm,” Artak Beglaryan said.

“Aliyev is once again “right” when he says that there is no territory in Azerbaijan named Nagorno-Karabakh. Yes, Nagorno-Karabakh is out of the territory of Azerbaijan, has never been and will not be in the territory of Azerbaijan. His claims about the status of Artsakh are just demonstrations of self-deception and lies, because regardless of the losses and the challenges, the Republic of Artsakh operates fully like it did before the war. We have developed state institutions and attributes and an unbroken will to develop and strengthen them. And the people and authorities of Artsakh will never accept any de facto or de jure status within Azerbaijan, and we will achieve the international recognition of our independence with a consistent fight,” he stated.

The context of his statement is interesting here, because through it he admits and accepts that the fate and future of Artsakh depends on the people of Artsakh, he tries to falsify the reality with a simple trick.

He falsifies history again, rightly stating that the Nagorno-Karabakh Autonomous Oblast (NKAO) was an artificial union, but presents it as a step against Azerbaijan, ignoring the fact that in fact no one asked the Armenian people when Artsakh was annexed to Azerbaijan. The truth is that the conflict started in the pre-Soviet period and unjust decisions were made in the first years of the Soviet Union, against the will of the population of Artsakh, which was entirely inhabited by Armenians.

Therefore, it is not appropriate to consider the conflict since 1988, one must accept the legal and historical facts that in 1921 Artsakh not only was annexed to Azerbaijan, but also then and before the collapse of the USSR, the borders of Nagorno-Karabakh were artificially and greatly reduced (including in 1928 the NKAO was cut off from the border with Armenian Soviet Socialist Republic), the demographic picture was artificially changed, white genocide took place.

In fact, referring to the formation of the Nagorno-Karabakh Republic, it turns out that Aliyev recognizes the need to take into account its basis (including the border and demographic picture) in the settlement of the conflict.

If Armenians have been coming to Artsakh since the beginning of the 19th century, then with whom did the invaders Panah and Ibrahim Khan fight in the middle of the 18th century, who defeated the Ottoman troops in Artsakh at the beginning of the 18th century, in what language are they written in Gandzasar and the medieval inscriptions of Dadivank. Were ancient and medieval foreign historians bribed to testify about Armenian Artsakh, etc.,” Beglaryan wrote.