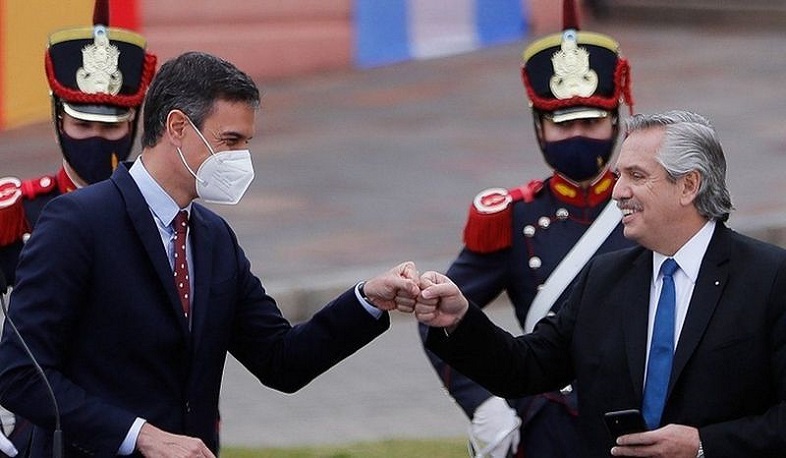 Argentine President Alberto Fernandez has apologized after triggering a Twitter storm and a regional race debate after telling visiting Spanish Prime Minister Pedro Sanchez that modern-day Mexicans originate from Indigenous peoples, Brazilians “from the jungle”, and his own country’s inhabitants from Europe, Al Jazeera reports.

Fernandez made the comments on Wednesday in an apparent attempt to stress the close ties between Argentina and Spain.

He also told the visiting leader: “I am a Europeanist. I am someone who believes in Europe.”

He later apologized for the comments, which sparked a widespread response on social media, with many criticizing Fernandez for racial insensitivity.

“I did not mean to offend anyone. In any case, whoever has felt offended or invisible, I give my apologies,” Fernandez said on Twitter.

“In the first half of the 20th century we received more than five million immigrants who lived with our native peoples,” he said. “We are proud of our diversity.”