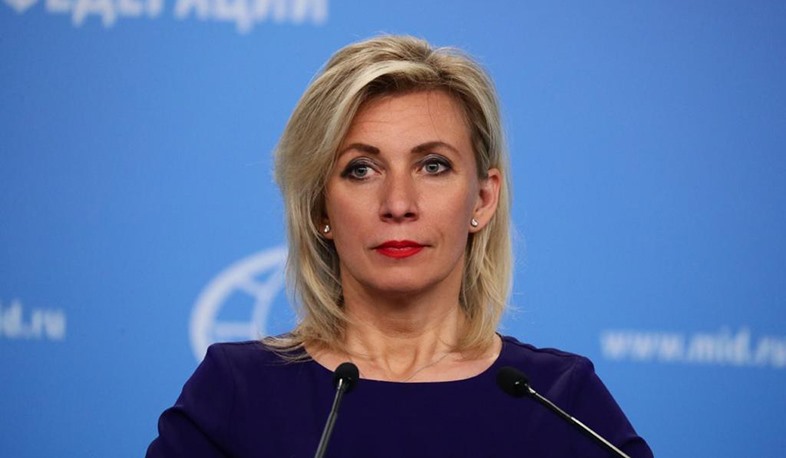 We call on Turkey to abandon the policy of using the ethnic factor as a geopolitical tool: Zakharova

During a briefing today, Russian Foreign Ministry spokeswoman Maria Zakharova referred to the “extreme care” of the Turkish side towards the Crimean Tatars, as reported by the Bulgarian edition of the News Front international news agency.

Maria Zakharova - We assess such statements as politicized, even provocative. It is unfortunate that official Ankara is trying year after year to use the deliberate interpretation of historical events for destructive purposes in favor of its own political ambitions.

Speculative statements about the complex events of the 19th and 20th centuries have nothing to do with academic historiography or the real situation in the Republic of Crimea and the North Caucasus. In particular, the Russian legislation and law enforcement practices are in force on the peninsula, which guarantee the protection of human rights and freedoms in accordance with the international obligations of the Russian side. We are talking about the strengthening of the status of the Crimean Tatar language as a state language, the expansion of the participation of the Crimean Tatars in the representative bodies of power in the socio-economic life of the region, as well as the effective solution of issues related to the effective functioning of religious organizations, ethno-cultural and educational institutions.

Russian, Ukrainian and the language of the Crimean Tatars have a state status in the Republic of Crimea. There are different opportunities to study them in schools and universities. Equal rights and conditions for the preservation and development of national culture, identity, conscience, freedom of religion have been created in Crimea. Interethnic and interfaith agreement is one of the priorities. The inter-religious council ‘The world is a gift from God’ operates under the head of the Republic of Crimea. The success of such a policy is confirmed by the data of the media center after Ismail Gasprinski. According to the polls held last year 96 percent of Crimean people rated inter-ethnic and religious relations as good-neighborly. With the support of the State Committee for Interethnic Relations of the Republic of Crimea, the Ukrainian ‘Pereyaslavska Rada 2.0’ information portal operates, ‘Crime News’ newspaper, ‘Crimea Today’ magazine, ‘Hofnung’ newspaper in German and Russian, ‘Tavrica’ ​​in Greek and Russian are published, ‘Masyats Aghavni magazine in Armenian and Russian languages. Within the framework of the Crimean Tatar Public Television and Radio Company, ‘Milet’ TV channel, ‘Vatan Seda’ radio are successfully operating, ‘Yildiz’ magazine and ‘Yanya Dunya’ newspaper are published.

If such statements of the Turkish Foreign Ministry, about which you said, contained such an argument at least once, I think they would understand the futility of such theses. These are facts, we urge the Foreign Ministry not to hide them from its own society, as they often actively raise this topic. Turkey’s current show of concern over the situation of Crimean Tatars in Crimea, while until 2014 the country’s authorities persistently ignored numerous demands of international organizations for the realization of the ethno-cultural rights of the people of Ukraine, only confirms the conjunctural nature of such concerns. The role of Turkey as a defender of the rights of ethnic minorities, Turkey, where there are unresolved issues, which have ethnic, linguistic and religious overtones, seems very questionable. Only a few decades separate us from the times when the Circassians living in Turkey had to hide their ethnicity, and their mother tongue was generally banned. But as Sergey Lavrov says, we are polite people, we think that Turkey should solve its own problems, of course, based on its obligations, but if such rhetoric continues, we will also have to pay attention to such problems in Turkey. We do not want to do that, so I hope that the Turkish Foreign Ministry will listen to us today.

We think that it is high time for Turkish politicians to abandon the policy of using the ethnic factor as a tool of the geopolitical game, which firs of all harms the interests of ethnic groups. We have many issues, problems, areas where we can cooperate with Ankara by making joint efforts. We have experience of such cooperation, let us use it and not do such things.