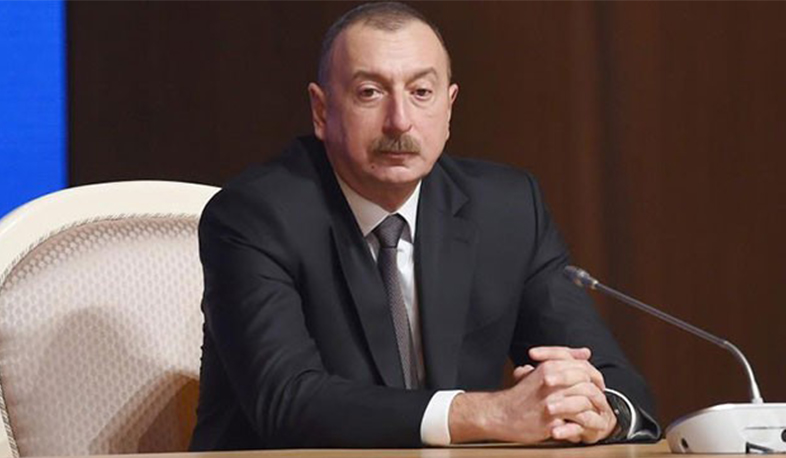 The non-subtle art of putting your own neck in a nipper: Azerbaijan

Part of the Armenian community, at least recently, has reacted especially painfully to almost any action by Azerbaijani President Ilham Aliyev, starting from imposing the ‘Zangezur Corridor’ on Armenia and ending with a family ‘selfie’ hugging a tree, with the hint that it was done in Syunik province. And the problem is that Aliyev has started to hurry and, naturally, he makes serious mistakes in that process. Although, these are not just mistakes, and they are not just Aliyev’s mistakes.

The problem is that, at least against the background of the latest developments, Syunik is now much more than just being the backbone of Armenia. Syunik is an ‘alternative’ road, which, for example, will allow Iran to avoid transit dependence on Azerbaijan, to balance the risks of leaving Azerbaijan to the outside world. In this case, we are talking about the ‘South-North’ transport route, which, in the interests of Iran, cannot depend on a rather unpredictable country’ – Turkey’s interests which, in fact, has competitive relations with Iran, for the simple reason that as a result of the second Artsakh war, at least in such issues, the decision-maker is not Baku, but Ankara.

Nevertheless, it should be noted that Azerbaijan, even taking into account Turkey’s support, is abnormally active, at least related to Syunik. On a frequency of three or four days, Aliyev makes statements that have nothing to do with the norms of international law. He makes statements that have nothing to do even with the provisions of the statement signed on November 9-1, 2020.  At the same time, he sends quite ‘unpleasant’ messages, in particular, to Moscow and Washington. Moreover, if Russia tries not to rude its ‘strategic partner’ yet, emphasizing at every opportunity that the most important thing is to maintain peace, then the patience of US, judging by the telephone conversation between US Secretary of State Anthony Blinken and Ilham Aliyev on April 29, is on the verge. In fact, for the first time since the end of the war, Washington did not hint to Baku, but said in a direct text that the Karabakh conflict is not settled, and a political settlement is possible only and exclusively within the framework of the OSCE Minsk Group.

This, of course, is a blow to Baku’s ‘Achilles heel’, taking into account that before this conversation, Ilham Aliyev complained that high-ranking US officials do not get in touch. In other words, the very first contact with the new US administration shattered the Azerbaijani myth that the Artsakh conflict no longer exists, and now is the time for a ‘constructive’ dialogue. At the same time, Azerbaijan received a second slap in the face from EU (represented in the OSCE MG by France), which today called on Baku to release all prisoners of war immediately, regardless of when or how they appeared in captivity of Azerbaijan.

In fact, all these events could be considered as separate events, which may not bother the Azerbaijani authorities much. The fact is, however, that they are separate when they occur at different points in time, and at the same time in conditions that are not so closely related to each other. In this case the situation is quite different․ First, Russia calls on other OSCE Minsk Group Co-Chairs to be more active, and then, after a pause, the OSCE Minsk Group issued a statement reaffirming the importance of resolving the unresolved Nagorno-Karabakh conflict, which was followed by rather ambiguous and, to put it mildly, contradictory statements with Baku by the US and European structures. And this means that at least at this moment Azerbaijan has managed to remain only and exclusively under Turkey’s ‘patronage’, as a result of which Baku’s actions have become hasty.

Aliyev understands that, at least in the case of Erdogan, there are no illusions of immortality. If not today, then the President of Turkey will simply not be tomorrow, taking with him the political line that he has managed to keep with variable success so far. And this, in its turn, means that the Aliyev’s hastiness will increase day by day.