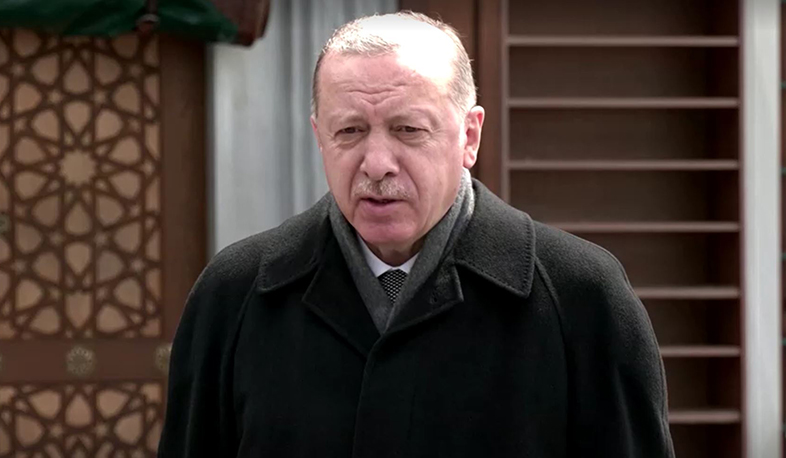 Reuters-Turkish President Tayyip Erdogan slammed Greek Foreign Minister Nikos Dendias on Friday (April 16) over his remarks at a news conference with Turkish Foreign Minister Mevlut Cavusoglu.
Speaking to reporters after Friday prayers, Erdogan said Cavusoglu reminded Dendias of "his place" and said Turkey do not find Greek Foreign Minister's attitude "appropriate".
Greece's centre-right government said on Friday it wanted a "positive agenda" with Turkey despite differences, a day after the foreign ministers of two countries clashed at a news conference in Ankara.
The statement from the foreign ministry appeared aimed at easing the atmosphere after an ill-tempered exchange between the two ministers laid bare the deep differences between Athens and Ankara over issues ranging from maritime zones and energy to the status of Cyprus.
The two countries are allies in NATO but at odds over many issues, from competing claims over the extent of their continental shelves in the Mediterranean to air space, energy resources, ethnically split Cyprus, and the status of some islands in the Aegean.
Tensions flared last summer when Turkey sent a drilling ship to contested Mediterranean waters, but have eased slightly after Ankara withdrew the vessel and the countries resumed bilateral talks over their disputes following a five-year hiatus.
Views 7