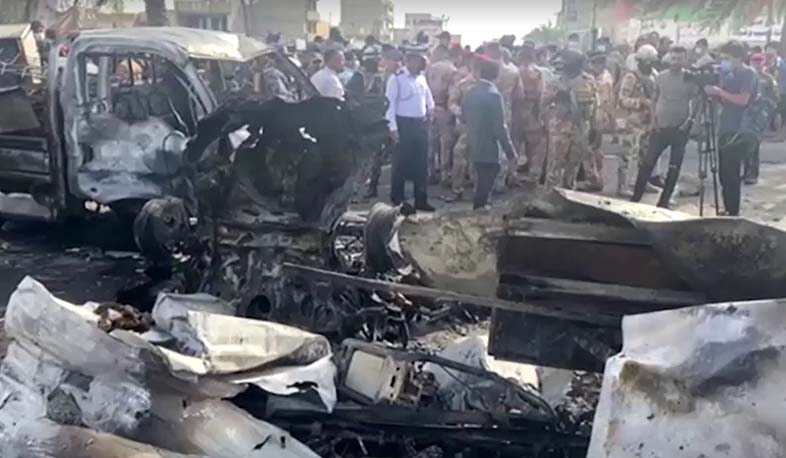 'We don't know why': four die in car bomb in busy Baghdad market

Reuters - Four people were killed and another 17 wounded in a car bomb attack on Thursday (April 15) in the sprawling Sadr City district of Baghdad, Iraqi police and medical sources said.
The car was parked at a busy second-hand equipment market in the mainly Shi'ite Muslim district, police said.
An Iraqi military statement said the blast, targeting an eastern Baghdad market, had killed one civilian, wounded 12 others and set several vehicles on fire.
Black smoke was rising from the market place and ambulances rushed to save the wounded, said Reuters witnesses. Police cordoned off the site of the blast shortly afterwards.
There was no immediate claim of responsibility for the attack. It was the second major deadly bombing to hit Baghdad this year after a suicide attack claimed by Islamic State militants killed at least 32 people in a crowded market in January.
Views 8