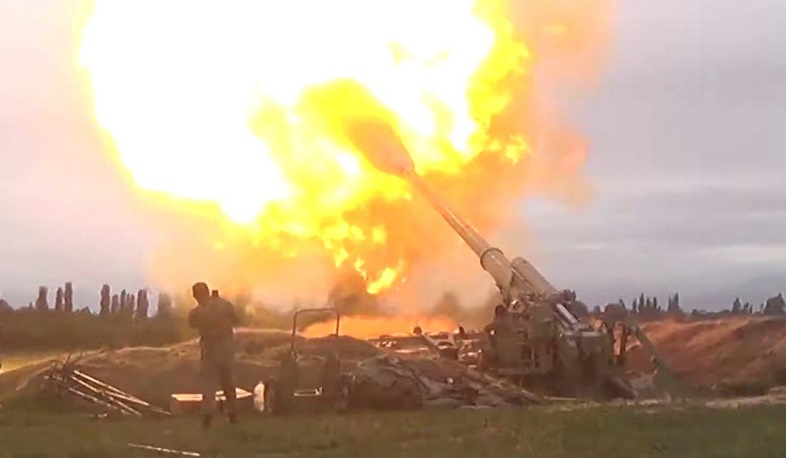 International media on ill-treatment by Azerbaijan

The Stream published an article about the torture of Armenian Christian captives in Azerbaijan by jihadists.
The author of the article is Uzay Bulut, who writes that two Lebanese-Armenian sisters, Maral and Ani Najarian, moved from Lebanon to the Armenian Republic of Artsakh (Nagorno-Karabakh) in the South Caucasus in September following the Beirut blasts in August of last year. They hoped for a peaceful life but instead found themselves in the midst of a violent war.
Ten days after they moved to Artsakh, in the early morning hours of September 27, armed forces of Azerbaijan, a Shiite Muslim nation, with the full support of Turkey and the involvement of Syrian mercenaries, launched a full-scale attack against Artsakh. After the  ceasefire agreement signed on November 9 by Armenia and Azerbaijan and brokered by Russia Maral decided to take the belongings she left behind. On her way, she was kidnapped and arrested by occupying Azerbaijani forces. Maral was released from prison on March 10 after being held unlawfully for four months by Azerbaijan.
“During the war, Azerbaijan carpet bombed Artsakh for 44 days, hitting homes, hospitals, churches and other civilian targets,” the author writes. “Tens of thousands of Armenians were forced to flee their ancient homeland. The Azeri military has continued targeting Armenians even after the November ceasefire and posted videos of their own crimes against Armenians such as beheadings and mutilations.”
The Stream writes that after bringing so much death and destruction to the indigenous Christian Armenian community of Artsakh, Azerbaijan is still holding many Armenians as prisoners of war (POWs). On March 16, the bipartisan co-chairs of the Congressional Caucus on Armenian Issues, U.S. Representatives Adam Schiff (D-CA), Gus Bilirakis (R-FL), Frank Pallone (D-NJ), David G. Valadao (R-CA), and Jackie Speier (D-CA), introduced a resolution calling on Azerbaijan to immediately release all prisoners of war and civilians currently detained in the aftermath of the war.
The author of the article speaks about dehumanizing, murderous hate speech against Armenians, which has become systematic in Azerbaijan.
Views 5362