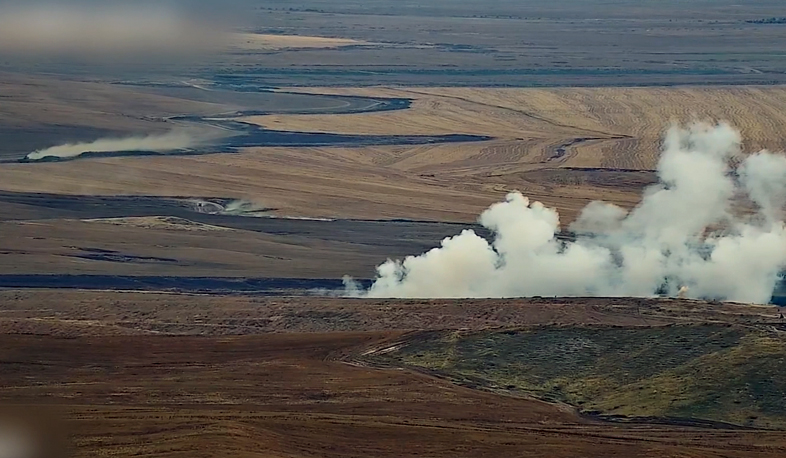 Karabakh has always been an enclave of Armenians separated from Armenia. France24

Tonight we look at Nagorno Karabakh through the eyes of the powers behind the conflict. A war has been going on since September 27th. The death toll can only be put as an estimate: at least 600 so far have been killed. While Armenia and Azerbaijan are at loggerheads over the ownership of the enclave there are other powers who also are taking a keen interest. Notably Turkey. Nagorno Karabakh named by the Russians in pre-Soviet times. It has always been an enclave of Armenians separated from Armenia by a mountain range. By the collapse of the Soviet Union in 1991 it was, as now, an enclave of mostly Armenians in Azerbaijan. It is demands and declarations of independence have largely led to the conflict. Why is Recep Tayyip Erdogan making this a key issue for his foreign policy? What exactly is Ankara's angle in this story? Can an Erdogan world view of Turkey be achieved through conflict, like Syria, like Libya, and like Nagorno Karabakh? Caught in the middle, civilians, mostly Christian Armenians, under fire in the enclave which has been under dispute almost as long as it has existed. Estimates say over 70 civilians so far are among the dead in Nagorno Karabakh.