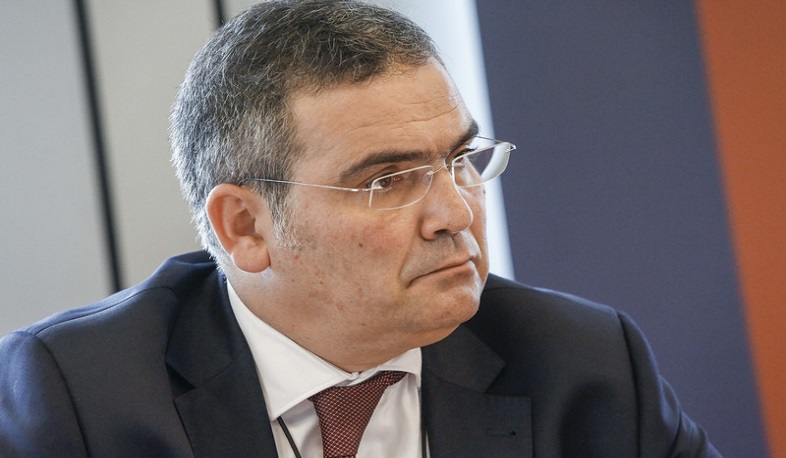 Azerbaijan's ambassador to the EU shared a Russian Facebook post that pokes fun of George Floyd, the black American man whose death sparked international protests and soul-searching against racismm, the euobserver.com reports.

“Ambassador Fuad Isgandarov forwarded the Facebook post in WhatsApp in early June to at least one of his contacts, which was then shared with EUobserver.

The post makes misleading claims about Floyd's criminal past, and attacks US presidential candidate Joe Biden, describing the latter as suffering from "senile dementia".

It also describes mourners at Floyd's funeral as "kneeling idiots" and makes other disparaging remarks against a man choked to death in late May by a white Minneapolis police officer.

The Facebook user, to which EUobserver has decided not to link, has around 130 followers on the social-media platform.

But her post about Floyd has been shared over 7,000 times since it first appeared on 7 June. It was also reproduced in fringe Russian media outlets.

"I don't remember this message, who sent it, and forgot how I responded," said Isgandarov, when asked why he had shared the post, adding that he received dozens of messages a day.

"Personally I hate any signs of racism as well," he said, noting that his own country had never been a colonial state, occupied any other territory, or succumbed to racism or slavery.

"I am a representative of [a] nation which suffered too much being the part of different empires for hundreds of years and ongoing occupation. So you can imagine my approach to this problem".

Isgandarov previously served as ambassador to the Netherlands and has guest lectured at the Bruges-based College of Europe , an EU-funded educational institution.

He was also deputy minister of Azerbaijan's ministry of national security.

He has served as ambassador to Belgium and the European Union since 2012, where he advocates for relations with Azerbaijan.

The energy-rich nation is ruled over by a government, which has jailed scores of journalists and other dissidents. Some 50 were released last year, but Human Rights Watch, an NGO, says another 30 remained locked up.

"Authorities typically dismiss complaints of torture and other ill-treatment in custody, and the practice continued with impunity," it said, in a report out last year.

The Council of Europe, a human rights watchdog, has also in the past singled out overt Azerbaijan racism against minority groups like the Armenians.

More recently, a ranking member of Azerbaijan political class equated the virus behind the pandemic with Armenians.

The two sides have been sparring over the ethnic Armenian enclave of Nagorno-Karabakh in a so-called 'frozen conflict' since 1988”, the article reads.