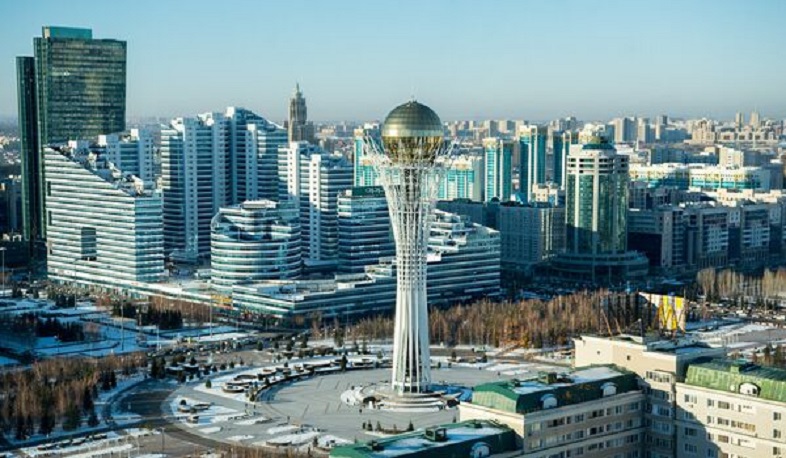 It is too early to discuss the essence of a gas union between Russia, Kazakhstan and Uzbekistan, as the idea needs to be closely studied by specialists, Kazakh Deputy Foreign Minister Roman Vasilenko said, Interfax reports.

"It is too early to discuss the essence of this [the gas union], because for now this is just an idea. You must have heard the comment by the head of state, who said that the idea should be closely studied, as this is just an idea. Lots of ideas are put forward in diplomacy, so they require close attention of specialists before any state decision is made," Vasilenko told reporters at the Kazakh Mazhilis.

The idea will be studied by the president and experts before any decision is made, Vasilenko said.

Speaking of possible risks amid anti-Russian sanctions, the deputy minister said that a governmental commission had been established in Kazakhstan.

"It is tasked with preventing negative implications from the sanctions for the economy of Kazakhstan, as well as the use of the Kazakh territory for circumventing the sanctions. This stance is unchanged and will apply to the assessment of any potential new initiatives," Vasilenko said.

Kazakh President Kassym-Zhomart Tokayev said on Monday that his Russian counterpart Vladimir Putin had proposed that Russia, Kazakhstan and Uzbekistan establish a trilateral union, in particular, to address gas affairs.

He noted that Tokayev and Putin believed it was necessary to hold detailed negotiations with experts from the three countries to find a rational solution to the problem with due account of needs of all interested parties.