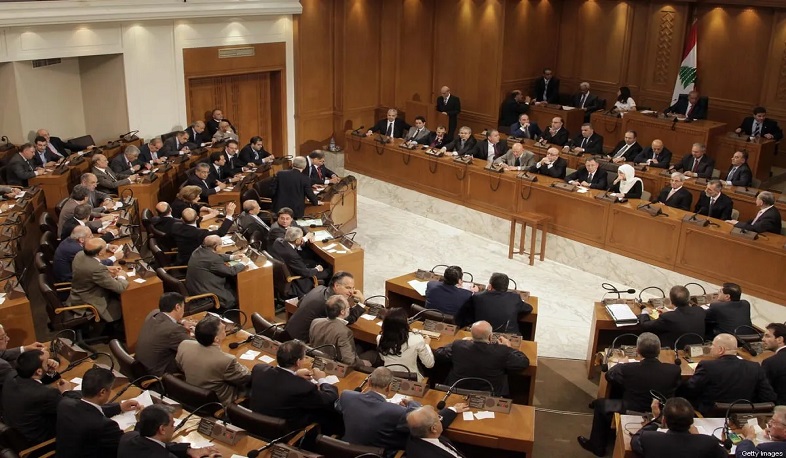 Lebanon's heavily divided parliament failed to elect the country's next president for a seventh time on Thursday, nearly a month after previous head of state Michel Aoun left the Baabda Palace.

With Prime Minister Najib Mikati's cabinet in caretaker status for months and thus largely powerless, the governance vacuum continues as Lebanon grapples with a devastating economic crisis described by the World Bank as one of the worst in modern history.

As in previous rounds, MP and presidential hopeful Michel Moawad was outstripped by blank votes, 50 to 42. The remaining votes from the 110 MPs who took part in Thursday's session went to an assortment of candidates or were protest ballots.

Two-thirds of the vote in the 128-seat parliament is needed for a candidate to win in the first round, with an absolute majority required in subsequent rounds.

Parliamentary Speaker Nabih Berri said the next presidential session would be next Thursday.

Thursday's parliamentary session was the third since Mr Aoun's term ended in late October. Delays in electing the president are not new. It took 46 sessions, two and a half years and a series of political bargains behind closed doors for Mr Aoun, a former army general, to become head of state in 2016.

With a consensus candidate yet to emerge, the continuing deadlock was not unexpected. In Lebanon's confessional political system, the position of head of state is reserved for a Maronite Christian.

Mr Moawad, whose father Rene served as president for 18 days in 1989 before being assassinated, has consistently been backed by a largely which includes the Lebanese Forces — the largest party in parliament.

He has consistently received about 40 votes — sometimes slightly higher or lower — but is seen by his detractors as too divisive to be a consensus president.

According to the Lebanese constitution, the government takes on presidential powers in the event of a presidential vacuum. But the caretaker government has been in a stripped down capacity since parliamentary elections earlier this year.

The governance vacuum has led to fears that urgently needed reforms needed to secure a bailout from the International Monetary Fund will not be implemented.

A devastating economic crisis that first became apparent in 2019 has plunged much of the population into poverty and seen the local currency plummet in value by more than 95 per cent.