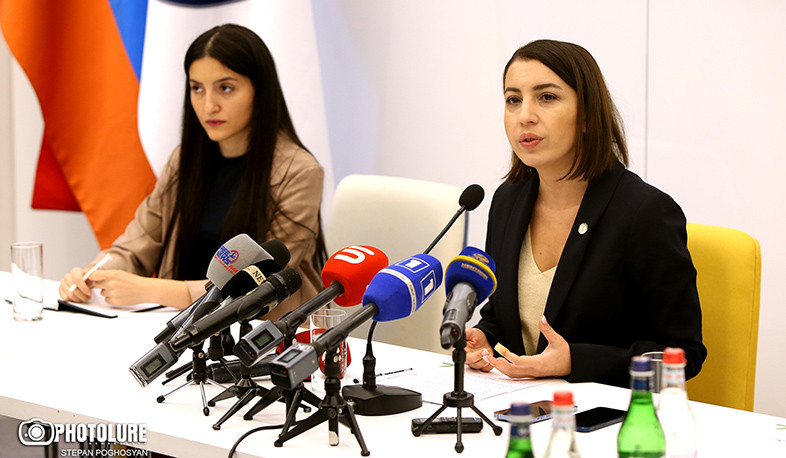 The fact-finding mission of the Office of the Human Rights Defender of Armenia revealed that the acts of terrorizing and harming the civilian population of Armenia’s border communities by the Azerbaijani armed forces, their actions motivated by ethnic hatred and coordinated by their command, have in fact aimed at preparing a ground for their September aggression as they have mainly targeted the communities under attack in September, Ombudsperson Kristinne Grigoryan said at a press conference today.
During the fact-finding missions in Tavush and Gegharkunik provinces in July-August, they have registered concrete examples of psychological pressure and harm, and will soon publish a separate report about that.
“At night, they throw strong lights from their positions into the windows of residential houses. We have registered in many communities when they burn wheels from their positions and release them into the villages, in most cases targeting and burning the collected grass, but cattle breeding is the only livelihood of the people living in these areas. They steal people’s pets or with loudspeakers threaten the peaceful Armenian civilians working in fields. These could not have been coincidences, it is a handwriting and a series of concrete actions managed from a command point”, she said.
The Ombudsperson said that this is just an example of continuous psychological terror. These are repeating cases, she said, and serve a base to claim that their policy is aimed at depopulating these villages so that people will be forced to leave their communities because of fear. Grigoryan stated that the attack this September showed that this behavior was preparing a ground for launching an aggressive war almost along the entire border of Armenia.
The Ombudswoman said they have concrete evidence that these acts are controlled and are not the whims of one or two servicemen.
Source: Armenpress
Author:Davit Muradyan
Views 13