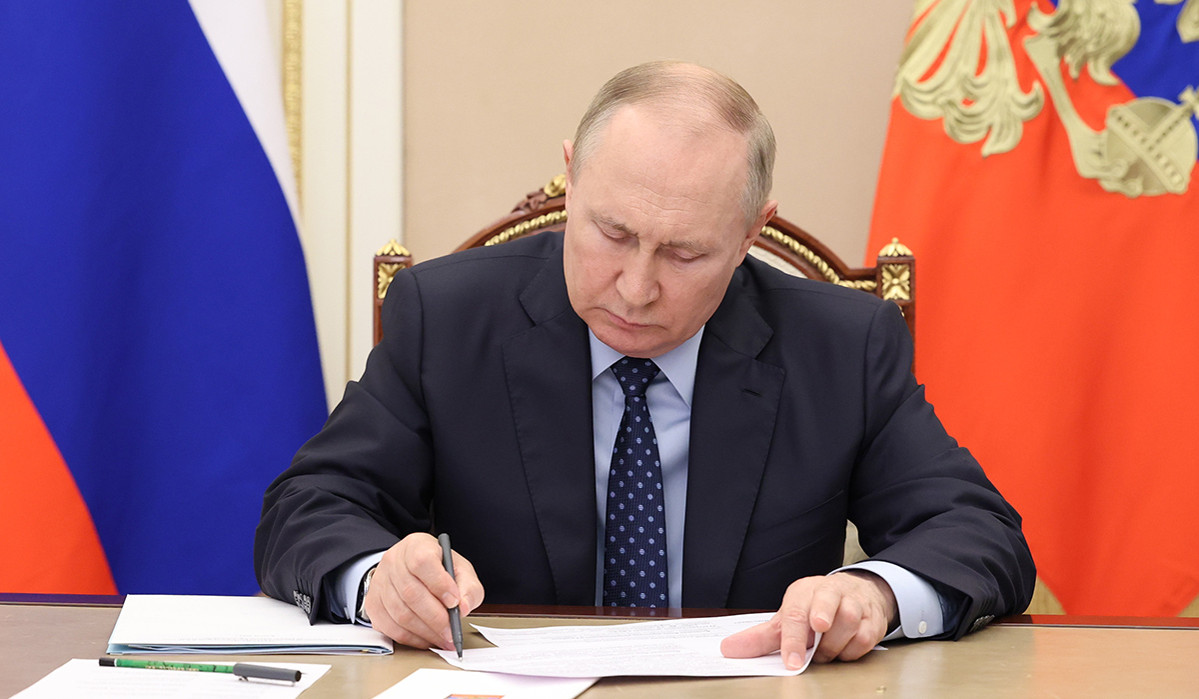 Agreements on incorporation of Donetsk, Lugansk, Kherson and Zaporizhia into Russian Federation signed in Kremlin

In the Georgievsky Hall of the Kremlin, the signing ceremony of the agreements on the unification of four new regions - Donetsk and Lugansk People's Republics, Kherson and Zaporozhye regions - with Russia took place.