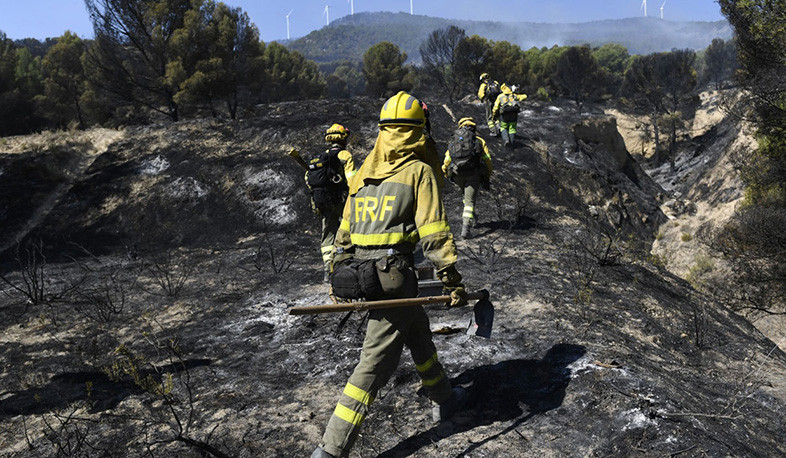 Spanish firefighters were seen running from a violent blaze as they scrambled to stop a wildfire from reaching a residential area in Bejis in the Spanish region of Valencia, footage released by the Castello firefighters on Wednesday (August 17) showed.
Two firefighters were injured in the event which took place on Tuesday (August 16), the Castello firefighters said in a news release, adding that, although they had suffered burns, their lives were not in danger.
The wildfire started on Monday (August 15) at midday and since then the villages of Teresa and Toras have been evacuated, whilst people in the village of Viver have been asked to remain at home, the Castello firefighters news release said.
On Tuesday evening at least 11 passengers on a commuter train traveling from Valencia to Zaragoza were injured when it encountered the blaze near Bejis.
Authorities said the passengers panicked when the train stopped and left the carriage which is when they sustained burns. Emergency services said three passengers were seriously injured.
About 200 kilometers from Bejis, the wildfire in Vall d'Ebo has forced the evacuation of 11 villages, including Margarida.
It has burnt 11,500 hectares (28,417 acres) since a lightning bolt set area alight on Sunday (August 14), making it the worst forest fire in the Valencia region this year.
Author:Davit Muradyan
Views 12