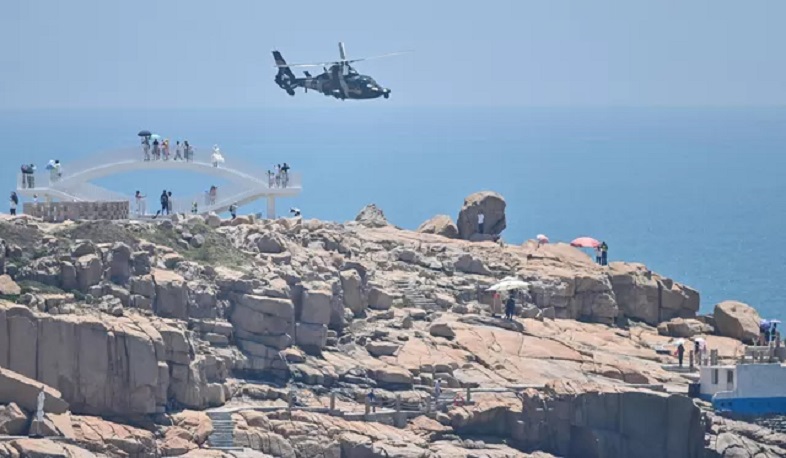 Reuters. China's military said it carried out more exercises near Taiwan on Monday (August 15) as a group of U.S. lawmakers visited the Chinese-claimed island and met President Tsai Ing-wen, who said her government was committed to maintaining stability.
The five U.S. lawmakers, led by Senator Ed Markey, arrived in Taipei on an unannounced visit late on Sunday (August 14), the second high-level group to visit following that of U.S. House of Representatives Speaker Nancy Pelosi in early August, which set off several days of Chinese war games.
The Chinese military unit responsible for the area adjacent to Taiwan, the People's Liberation Army's Eastern Theatre Command, said it had organised multi-service joint combat readiness patrols and combat drills in the sea and airspace around Taiwan on Monday.
The exercises were "a stern deterrent to the United States and Taiwan continuing to play political tricks and undermine peace and stability across the Taiwan Strait," it added.
The theatre command said the exercises took place near Taiwan's Penghu islands, which are in the Taiwan Strait and are home to a major air base, and showed close up video of the islands taken by a Chinese air force aircraft.
Taiwan's Defence Ministry said 15 Chinese aircraft had crossed the median line of the Taiwan Strait on Monday, an unofficial barrier between the two, adding it condemned China's new drills and would "calmly" face them.
Views 27