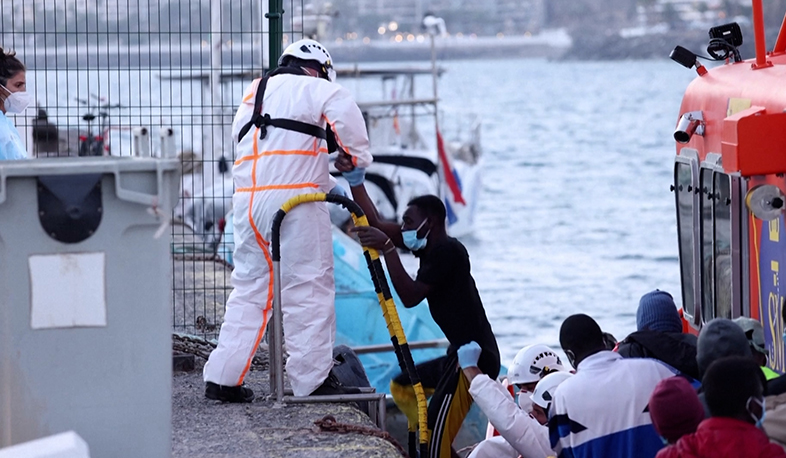 Late in the evening, coast guards reached the boat sailing four miles (6.5k) off Arguineguin port in the Atlantic Ocean and transferred the migrants to a rescue boat.

While the migrants, all of them male, were attended by emergency services, police found the body of a 19-year-old male under cover in the wooden boat.

According to Interior Ministry figures, more than 9,589 migrants have arrived in the Canary Islands by sea up to July 31 - a 27.3% increase over the same period last year.

Last year, some 4,400 people were lost at sea attempting to reach Spain, according to monitoring group Walking Borders.