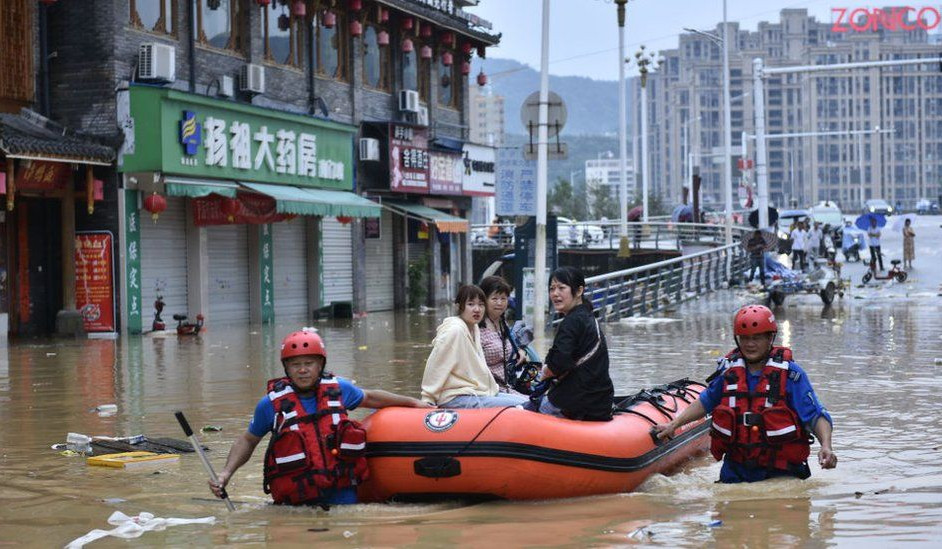 A driver abseiled from a marooned vehicle to safety, residents formed a human chain to transport students from an inundated school, and families were rescued using an excavator across Henan province on Tuesday (July 5).

Village houses and farmlands were inundated by floodwater in Shaoguan city in Guangdong province. Over a thousand people were relocated, according to CCTV.

In recent weeks, historic rainfall and flooding in southern China have destroyed property, paralysed traffic and disrupted the daily lives of millions. Extreme weather including unusually heavy flooding is expected to continue in China through August, forecasters predicted last week.