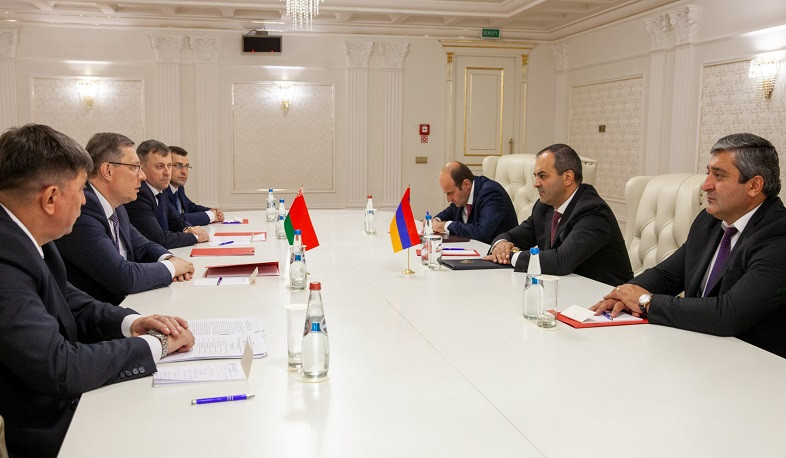 Prosecutor General of Armenia Artur Davtyan met with Prosecutor General of Belarus Andrei Shved in Minsk.
During the meeting Artur Davtyan thanked for the warm welcome and congratulated his Belarusian counterpart on the 100th anniversary of the Prosecution system of Belarus. He informed that the Prosecution of Armenia will mark its 104th anniversary soon.
Artur Davtyan highly valued the level and results of the cooperation between the Offices of Prosecutors General of Armenia and Belarus, adding that the implementation of the cooperation agreement signed between the two Offices in Minsk in 2005 continues contributing to this.
In his turn Andrei Shved expressed confidence that the session of the Coordination Council of Prosecutors General of the CIS states in Minsk will strengthen the partnership between the member states in countering crime in the CIS zone, will contribute to more effectively resisting the challenges emerging in the fields of security, human rights.
The sides discussed the opportunities of taking additional steps to develop the potential of the prosecutions of the two countries, as well as other issues of mutual interest.
Views 40