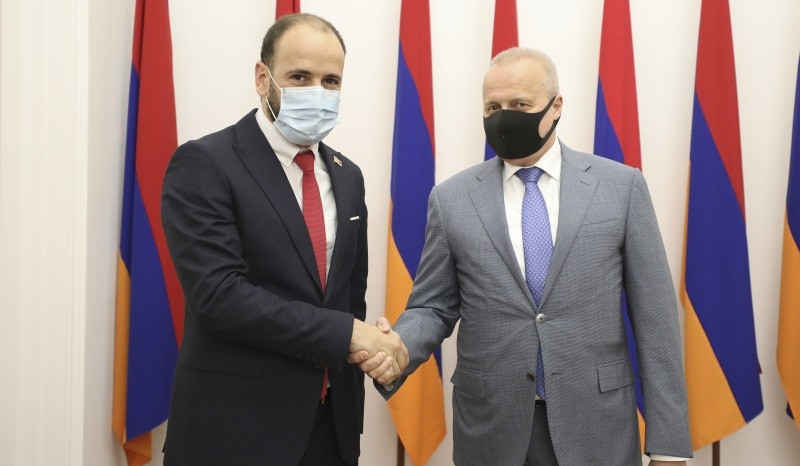 On November 25, Sisak Gabrielyan, the Chair of the Standing Committee of the National Assembly of Armenia on Science, Education, Culture, Diaspora, Youth and Sport met with Sergey Kopyrkin, the Ambassador Extraordinary and Plenipotentiary of the Russian Federation to the Republic of Armenia.

Welcoming the guest, Sisak Gabrielyan highlighted the development of the relations between Armenia and Russia, emphasized the necessity to deepen the cooperation in different spheres.

The Ambassador thanked the Chair for the meeting, emphasizing the cooperation between two countries especially within the framework of the Eurasian Economic Union (EEU).

During the meeting, both sides discussed the issues related to the sphere of culture too. Sisak Gabrielyan presented the problems of the Konstantin Stanislavski Russian State Drama Theatre.

Sergey Kopyrkin informed that in the previous year, by the support of the Embassy, some technical problems were resolved in the theatre, in particular, the sound system was changed. It is planned to upgrade the lighting in the near future.

The interlocutors touched upon other issues of mutual interest too.