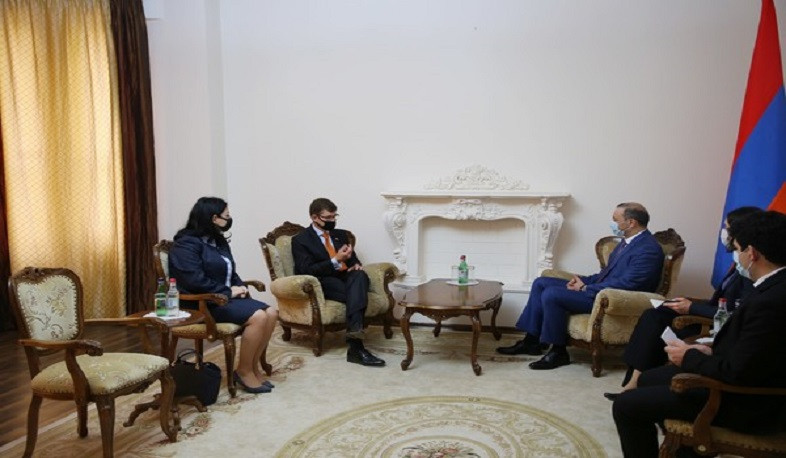 Today, Armen Grigoryan, the Secretary of the Security Council received Nico Schermers, the Ambassador of the Netherlands to Armenia.

“The sides praised that the Armenian-Dutch relations are on friendly nature and have a tendency for further development”, Mr. Grigoryan’s Office said in a statement.

The Dutch Ambassador highly appreciated the resistance of democratic institutions in Armenia during this difficult period, as well as the efforts of the government for the constant development of these institutions.

The Secretary of the Security Council presented the Armenian government’s works aimed at strengthening democratic institutions and rule of law, as well as upgrading the Armed Forces.

Both sides stressed the importance of the fight against corruption.

Armen Grigoryan and Nico Schermers also discussed the security issues in the region and the situation on the Armenian-Azerbaijani border.