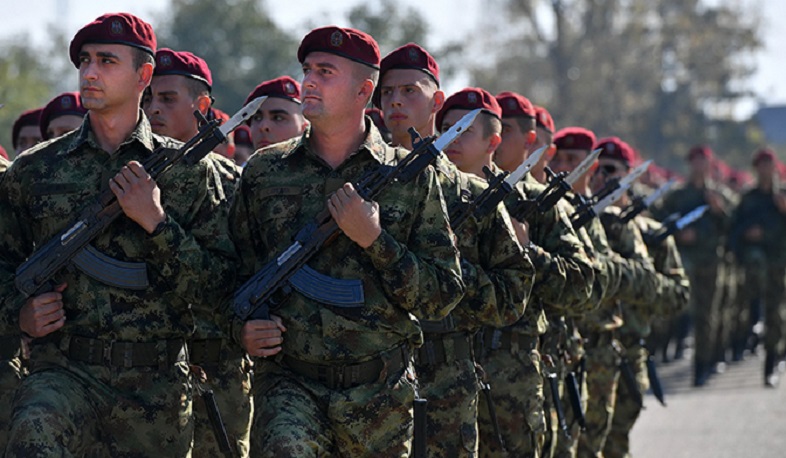 Serb troops put on high alert at border with Kosovo

Serbian troops were on a heightened state of alert on Monday after Belgrade accused neighbouring Kosovo of “provocations” by sending special police units to the border, The Australian reports.

Already tense relations between Serbia and its former breakaway region have grown worse since the ethnic Albanian-led government there last Monday despatched the police units to an area mainly populated by minority ethnic Serbs, who reject the authority of Pristina.

The deployment came as hundreds of ethnic Serbs have staged daily protests against a decision to require drivers with Serbian registration plates to put on temporary ones when entering Kosovo – a “reciprocal measure”, according to Pristina.

Hundreds of Serbs in Kosovo have been protesting and blocking traffic with trucks on the roads leading to two border crossings.

Serbian fighter jets could again be seen overflying the border region on Sunday after several sorties on Saturday.

The EU chief diplomat, Josep Borrell, urged Serbia and Kosovo to reduce tensions “by immediately withdrawing special police units and dismantling of roadblocks”. “Any further provocations or unilateral and uncoordinated actions are unacceptable,” he said.

NATO secretary-general Jens Stoltenberg said he had spoken by phone to the Serbian President and Kosovar Prime Minister Albin Kurti. “It’s vital both Belgrade and Pristina show restraint and return to dialogue,” he tweeted.

NATO troops have been deployed in Kosovo since the 1998-99 Serbian-Kosovar conflict. Belgrade does not recognise Kosovo’s unilateral declaration of independence in 2008 and sees Pristina’s decision on the licence plates as implying its status as a sovereign state.

On Sunday, Serbian Defence Minister Nebojsa Stefanovic visited troops at two bases where they are on alert, including one just a few kilometres from the border. Belgrade designates border crossings between Serbia and Kosovo as “administrative”.