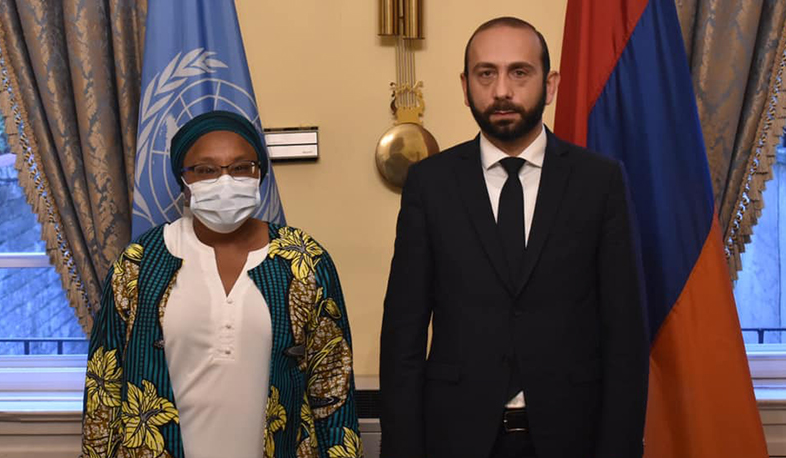 On September 24, Armenia’s Foreign Minister Ararat Mirzoyan, who is in New York to participate in the 76th session of the UN General Assembly, met with Alice Wairimu Nderitu, Special Adviser on the Prevention of Genocide.

Emphasizing the key role of the UN Office for the Prevention of Genocide in promoting the Genocide Prevention Agenda, as well as in combating hatred and discrimination, the parties expressed their readiness to further develop close cooperation based on the principles of common values.

Touching upon the gross violations of international humanitarian law by Azerbaijan during the aggression, the actions aimed at the eviction of Armenians from Artsakh (Nagorno-Karabakh), the Foreign Minister stressed the need for a proper international response to these crimes, as well as strengthening the mechanisms for preventing such actions.