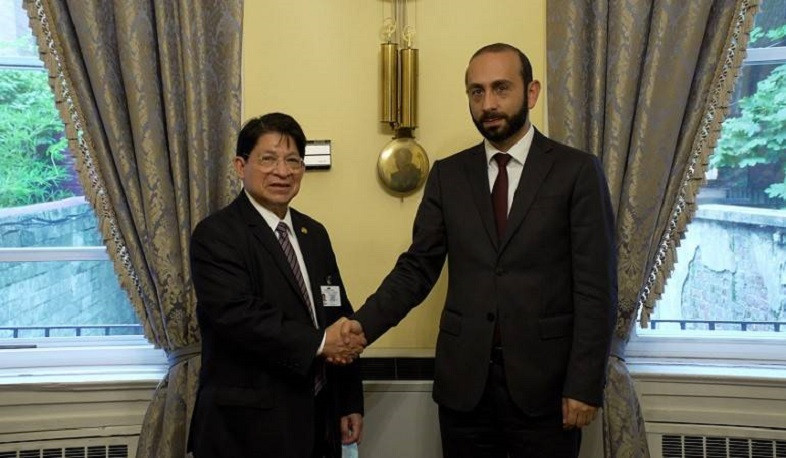 Meeting of Ministers of Foreign Affairs of Armenia and Nicaragua

During the meeting Minister Mirzoyan underscored the readiness of the Armenian side to develop relations with the Central American states, particularly with Nicaragua. In this regard the formation of the relevant legal framework, as well as the promotion of political dialogue was mutually emphasized.

The Ministers of Foreign Affairs of Armenia and Nicaragua also highlighted the interest of the sides to deepen Armenian-Nicaraguan cooperation in international platforms.