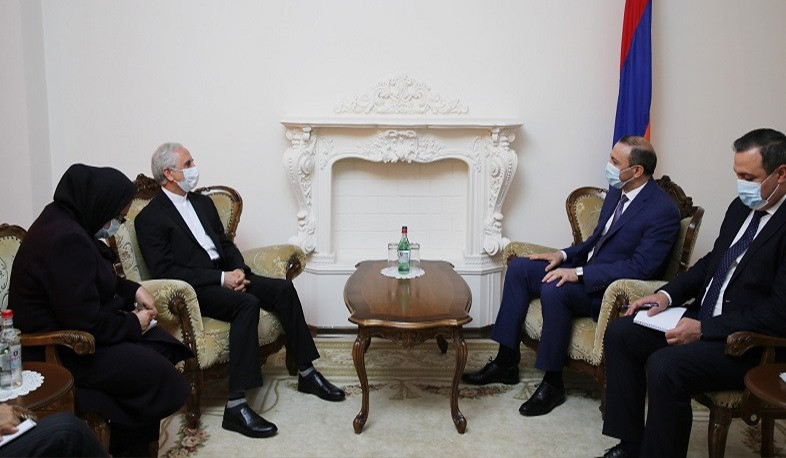 The Iranian side is concerned about the problems with the use of the infrastructure linking Armenia to Iran. The country’s Ambassador Abbas Badakhshan Zohouri voiced the concern at a meeting with Armenia’s Security Council Secretary Armen Grigoryan.

Grigoryan said Armenia realizes the sensitivity of the issue for the Iranian partners and attaches need to the soonest settlement of the issue.

Touching upon the issue of cargo transportation from India to the North Sea, the sides stressed the importance of the Iranian port of Chabahar, and stressed that Armenia is an important link on that route.

Ambassador Zohuri noted that the Armenian-Iranian relations are a successful model of cooperation, which have undergone a noticeable qualitative change in recent years.

The interlocutors discussed issues related to the intensification of cooperation between the two countries on security, economy and energy issues.