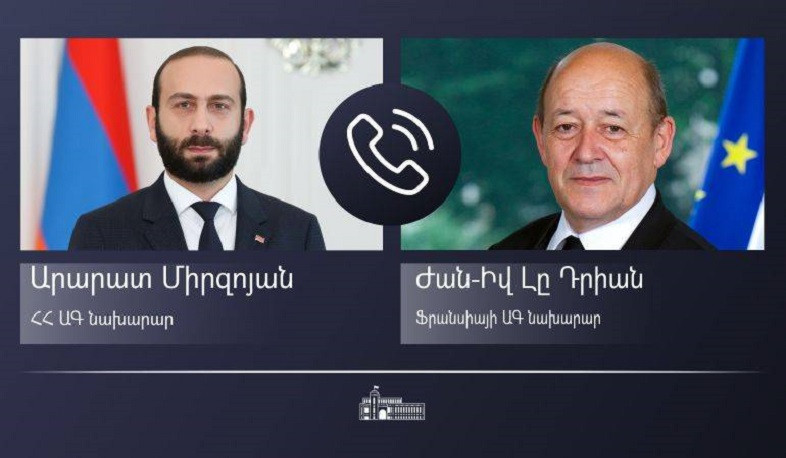 The interlocutors commended the consistent development of Armenian-French privileged relations and reiterated their interest in expanding the multidimensional cooperation. The sides agreed to discuss in detail in the near future the prospects of promoting the cooperation in the economic sphere, including through the implementation of new development programs in Armenia.

The Foreign Ministers touched upon the Nagorno-Karabakh conflict, emphasizing the need of resuming the peace process within the framework of the OSCE Minsk Group Co-Chairmanship. Ararat Mirzoyan noted that Armenia and Armenian people highly appreciate the position of the French government and parliament and the steps undertaken during and following the aggression unleashed by the Azerbaijani side against Artsakh.

The sides also exchanged views on the humanitarian issues following the 44-day war, in this context specifically emphasizing the immediate repatriation of Armenian prisoners of war and captured civilians held in Azerbaijan.

The sides touched upon the situation resulting from infiltration of the Azerbaijani armed forces into the sovereign territory of Armenia. The need to make efforts aimed at de-escalating and stabilizing the situation was stressed.

Foreign Minister Ararat Mirzoyan also expressed gratitude to the French side for its continued support in the fight against COVID-19.