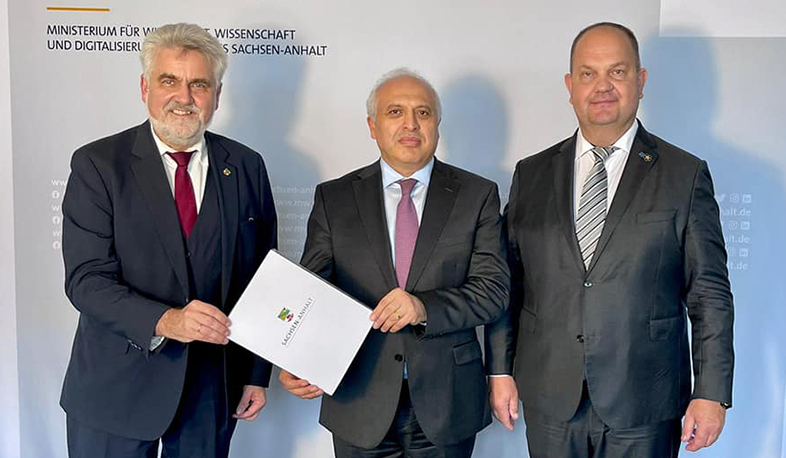 President of Landtag Dr. Gunnar Schellenberger in the private conversation highlighted parliamentary diplomacy, as well as the traditional scientific, cultural, educational and economic ties between Armenia and the Saxony-Anhalt state.

On the same day, the Minister of Economy, Science and Digitalization of Saxony-Anhalt Prof. Dr. Armin Willingmann received Armenia’s Ambassador. The interlocutors touched upon the prospects of further deepening of active bilateral scientific-educational ties.

Minister Willingmann awarded Armenia’s Ambassador Ashot Smbatyan with a letter of thanks on behalf of the Government of Saxony-Anhalt for the long-term effective cooperation, research and scientific support in the Saxony-Anhalt state.