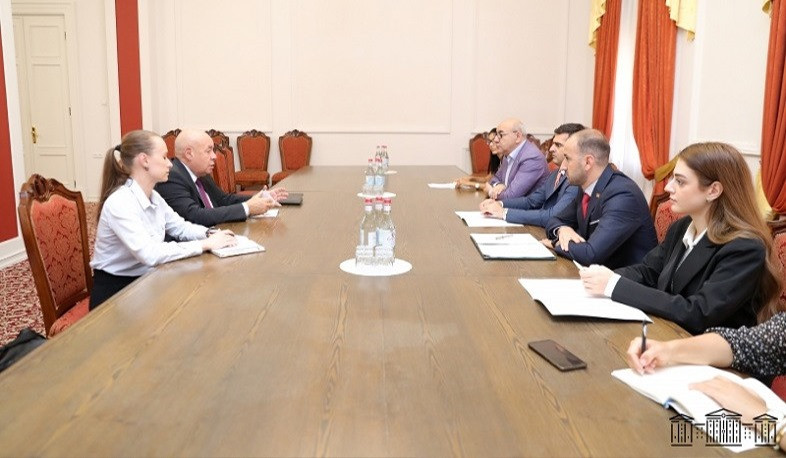 Touching upon the unresolved consequences of the 44-day war unleashed by Azerbaijan, Arshakyan stated that Azerbaijan refuses to fulfill the provisions of the November 9 trilateral statement, does not release Armenian prisoners of war (POWs) and other detainees.

The NA Deputy Speaker expressed gratitude to the Russian Federation for the continuous support of our country in the solution of the above-mentioned problems.

Arshakyan stated that in 2022 it marks the 30th anniversary of the establishment of diplomatic relations between Russia and Armenia, as well as the 25th anniversary of the Treaty of Friendship, Cooperation and Mutual Assistance. The NA Deputy Speaker expressed hope that the cultural events to be held in that connection would be organized at a high level.

Shvidkoy, in his turn, stressed the special nature of the Armenian-Russian bilateral cooperation, noting that they lag behind the processes taking place in the region, and expressed concern over the humanitarian and cultural challenges posed by the war.

The guest also mentioned that the Armenian community of Russia has a significant role in the socio-political, as well as cultural life of the country.

Other issues related to the deepening and expansion of the Armenian-Russian allied friendly relations were also discussed.