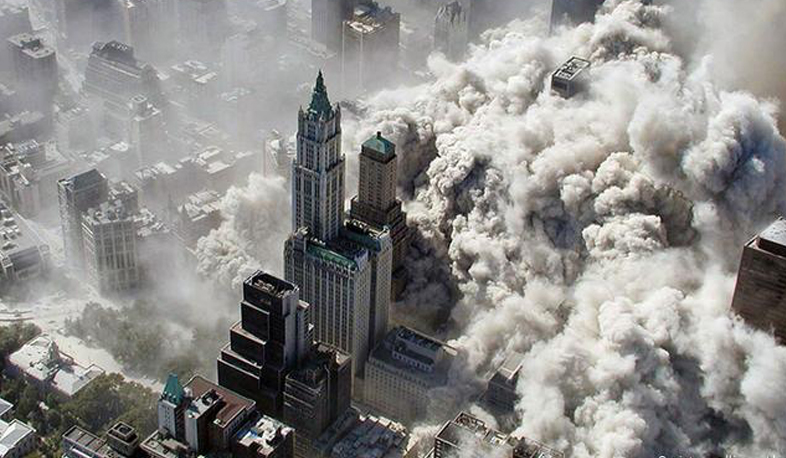 America is mourning the 20th anniversary of the terrorist attacks on New York and Washington that killed nearly 3,000 people and helped shape the 21st century, The Guardian reports.

Joe Biden is due this morning to join families of the victims at three separate locations in what he may have hoped would prove a rare moment of national unity. But anger at the US president’s recent botched withdrawal from Afghanistan is still raw.

Two decades on, images from 11 September 2001 are vividly imprinted in the memory of some – everyone can remember where they were – but now represent a historical event for a new generation born after the atrocity.

In a crystalline blue sky, al-Qaida terrorists hijacked four commercial airliners and crashed two of them into the World Trade Center, a symbol of America’s financial might in downtown Manhattan.

People from all over the world were killed in the initial explosions, jumping to their deaths or being pulverised by the collapsing twin towers, a spectacle that horrified audiences on live television.

The hijackers rammed another plane into the Pentagon, the headquarters of the US military near Washington, tearing a hole in its side. A fourth plane – possibly heading towards the US Capitol – crashed into a field in Shanksville, Pennsylvania, after its passengers heroically fought back.

Biden and the first lady, Jill Biden, will attend solemn ceremonies at all three sites on Saturday to “honor and memorialize the lives lost”, the White House said. At the 9/11 memorial in New York, at 8.30am, they will be joined by former president Barack Obama, who oversaw the killing of the al-Qaida leader Osama bin Laden in 2011.

Biden will travel to Shanksville on Saturday afternoon before visiting the Pentagon for a wreath-laying ceremony. But he is still facing congressional investigations into the chaotic departure of US forces from Kabul, less than two weeks ago, that ended America’s longest war.

The Taliban are now back in control of Afghanistan, just as they were on 9/11, raising fears that the country could once again become a terrorist hub.