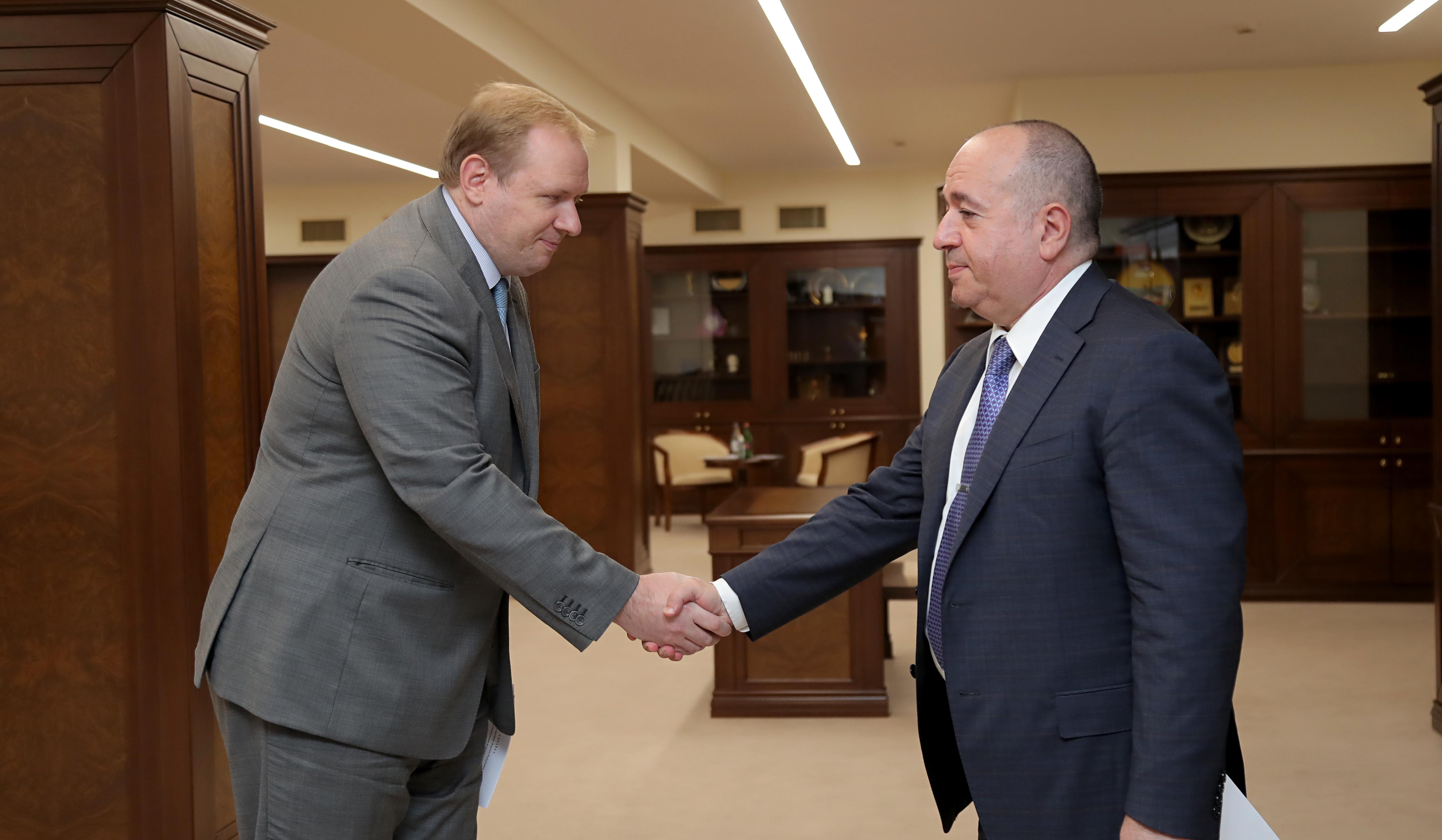 At the meeting, Alexei Melnikov presented the activity of the South Caucasus Railway in the field of cargo transportation, the situation of railway infrastructure and development prospects.

The Armenian Defense Minister highlighted the company’s strategic role in cargo transportation of both civil significance and for the needs of the Armed Forces.

The officials also discussed the company’s cooperation programs with the Armenian Defense Ministry, as well as a number of issues of bilateral interest.