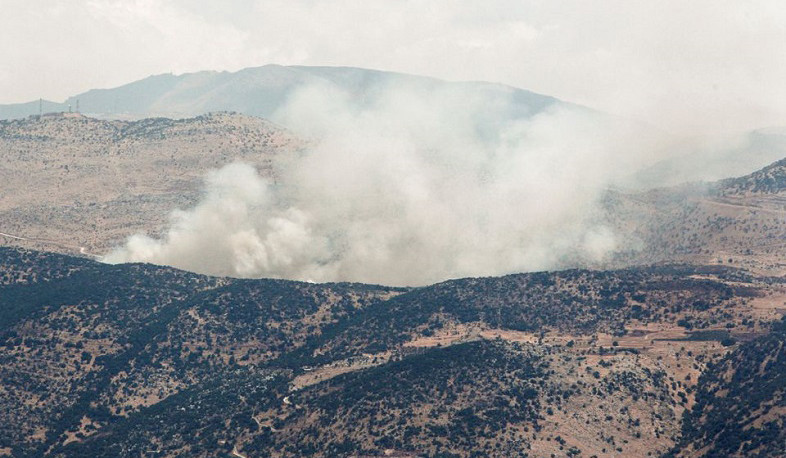 The Iranian-backed Lebanese group Hezbollah fired barrages of rockets towards Israeli forces on Friday (August 6), drawing retaliatory fire from Israel into south Lebanon, in a third day of cross-border salvoes amid wider regional tensions with Iran, Reuters reports.
Suggesting its attack was calibrated to avoid further escalation, Hezbollah said it had targeted open ground near Israeli forces in retaliation for Israeli air strikes that had also struck open areas.
Israel said it did not wish to escalate to a full war, though it was ready for one.
Israeli army were prepared near border with Lebanon for any escalation.
The flare-up, which has caused no casualties, followed an alleged Iranian attack on an Israeli-managed oil tanker in the Gulf last week in which two crew members, a Briton and a Romanian, were killed. Tehran denied involvement.
With the Islamic Republic facing the possibility of Israeli or international action in response to the Gulf incident, the violence has flared across a border that has long been a theatre of conflict between the Iran-backed Hezbollah and Israel.
Hezbollah, one of Iran's major allies in a conflict-ridden Middle East, said it had fired dozens of rockets on Friday at open ground near Israeli positions in the disputed Shebaa Farms border area in response the Israeli air strikes on Thursday.
The United Nations Interim Force in Lebanon (UNIFIL) said the situation was very serious and urged all parties to cease-fire.
The Israeli military said its Iron Dome system intercepted 10 of 19 rockets on Friday, with six falling in open areas and three landing inside south Lebanon.
Israeli Prime Minister Naftali Bennett's office said he was consulting with his defense and military chiefs over the violence. The military said it had struck "the rocket launch sites in Lebanon" in Friday in response to Hezbollah's salvoes.
Author:Davit Muradyan
Views 621